San Francisco voters overwhelmingly embraced the recall of three school board commissioners in an election that bitterly divided the city and attracted a record amount of political spending, nearly all of it in favor of the recall.

Despite the heated rhetoric of the campaign, the vote didn't appear to be even close: More than 70% of voters backed the recall of all three officials: Board President Gabriela López and members Alison Collins and Faauuga Moliga.

Collins, the most controversial of the three, is facing the largest margin of defeat.

Recall supporters were jubilant, including Siva Raj, who launched the campaign just months after moving to the city from Pleasanton and enrolling his children in the district.

But López charged that recall supporters took advantage of an unusually timed election and far lower turnout. She immediately said she would run again in November during the regularly scheduled school board election.

"What I always planned to do was to run for a second term," she said at the No on Recall election night party. "I see in many ways that that is something people hope that I'd still do. It's something I am motivated to do because there is a fight. What we're seeing now is a push against the work we were doing and that's something to continue fighting for."

In a statement issued shortly after the results were published, Moliga conceded, thanking the Pacific Islander community and San Francisco and saying there are "more fights ahead."

Tuesday night's results reflected the unique circumstances of each board member's path to the recall ballot.

Collins, a longtime parent activist and educator, was the leading vote-getter for school board in the 2018 election. But a series of controversial tweets from 2016 that included offensive language and her subsequent lawsuit against the school district after being stripped of several leadership positions, garnered her the rebuke of nearly every elected official and political organization in the city.

López, the school board president, became the youngest woman elected to office in city history when she won her seat in 2018, at the age of 27. The former teacher campaigned with Collins against the recall effort, and was the lone board member last year to support keeping Collins as vice president of the board after her controversial tweets surfaced. The two have campaigned on their work in changing the admissions policy at Lowell so that it would be more inclusive of Black and Latinx students.

Moliga, meanwhile, ran his own, separate campaign to keep his job. The social worker was appointed to the board by Mayor London Breed in 2018 and won election shortly thereafter. Breed since backed the recall of the three board members, including Moliga.

Despite voting with López and Collins on controversial issues such as school renaming, Moliga later distanced himself from them, calling for Collins's resignation, arguing that renaming should not have been put on the board's agenda, and appearing by himself — often in forums with recall supporters — on the campaign trail. 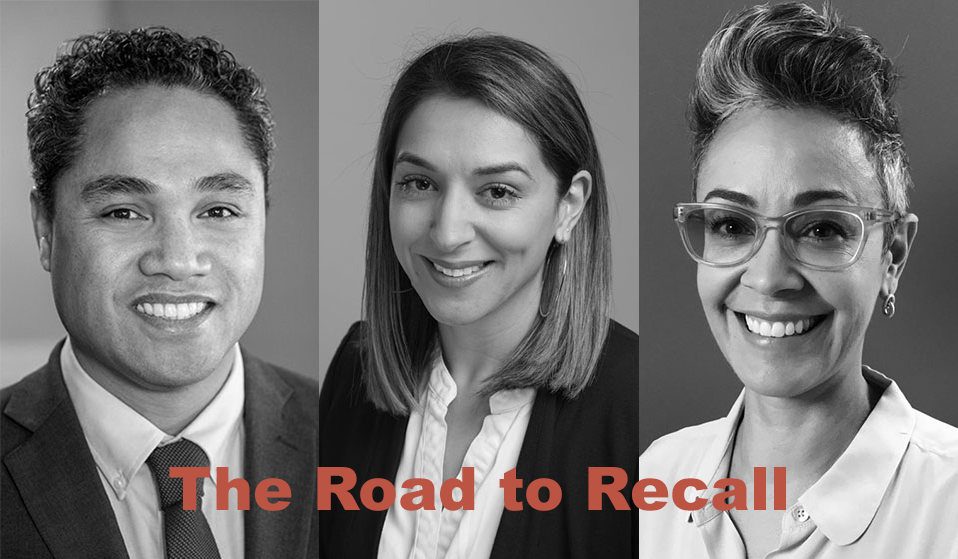 The recall campaign united newly attuned parents, frustrated with the pace of school reopenings and a since-abandoned effort to rename dozens of schools, with existing critics of the board's budget management and decision to drop the merit-based admissions process at Lowell High School.

By the summer, those recall backers had been joined by some of San Francisco's wealthiest venture capitalists, who together spent hundreds of thousands of dollars to help the campaign expand signature gathering and qualify the recall for the ballot.

Those funds propelled an avalanche of spending in support of the recall. In the final preelection disclosures made late last week, two pro-recall committees reported collectively spending $1.87 million over the course of the campaign.

The campaign fighting the recalls, meanwhile, struggled to keep pace. Backed by donations from the union representing San Francisco teachers and local government employees, the no side spent just over $37,000. Moliga's own campaign committee spent roughly $45,000.

And donations never materialized from big political players, like statewide teachers unions, which would have allowed the three school board members to compete on the airwaves.

With its burgeoning war chest, the pro-recall campaign was able to saturate cable TV and San Francisco mailboxes with their message. Furthering that cause was the mobilization of many new voters in San Francisco's Chinese community. 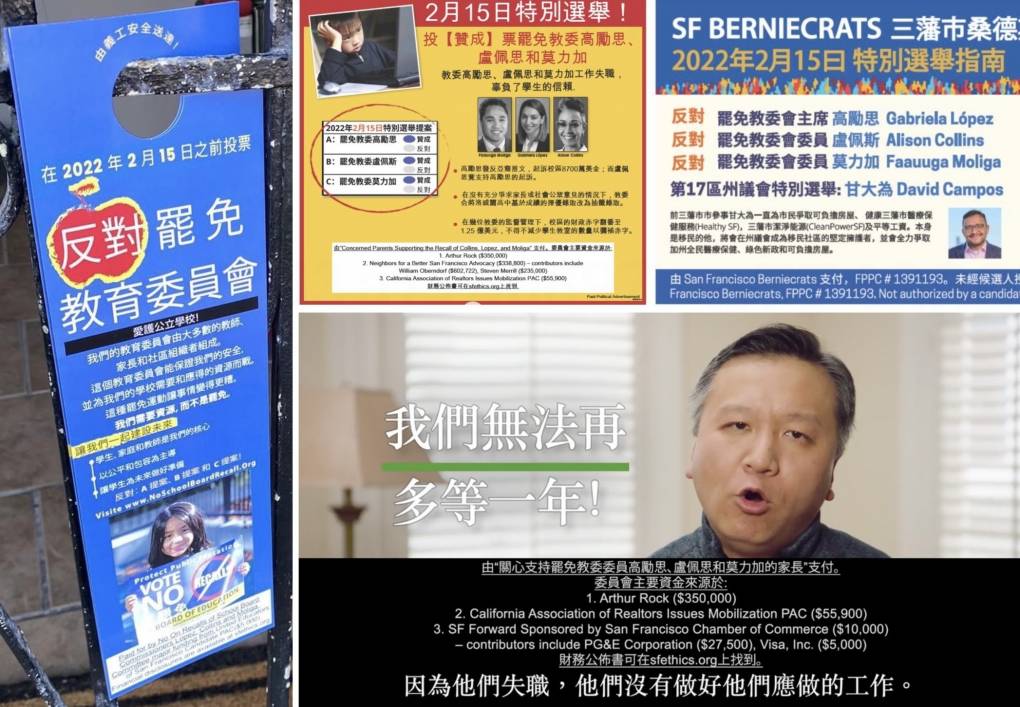 Volunteers with the Chinese/API Voter Outreach Taskforce registered hundreds of new voters, including dozens of noncitizen parents who were eligible to vote in the election.

With the contentious campaign now over, the board is faced with a litany of immediate challenges. Foremost among them: ensuring fiscal stability in a final district budget set to be adopted in June and the selection of a new superintendent, who is slated to begin work in July.

The board is also faced with the longer-term issues of mitigating learning loss that occurred during the pandemic and attempting to reverse the school district's declining enrollment, a factor that threatens to further exacerbate budget issues in future years.

Mayor London Breed issued a statement nodding to the challenges ahead. Breed will get to appoint the three board members' replacements, who will need to immediately get to work on hiring a new superintendent to run the district and tackling a huge budget deficit that has put the district on the brink of a state takeover.

“The voters of this city have delivered a clear message that the school board must focus on the essentials of delivering a well-run school system above all else," Breed stated. "San Francisco is a city that believes in the value of big ideas, but those ideas must be built on the foundation of a government that does the essentials well. I want to recognize all the parents who tirelessly organized and advocated in the last year. Elections can be difficult, but these parents were fighting for what matters most — their children. The days ahead for our public schools will not be easy."