Are We Underestimating the Math Powers of Our Youngest Students?

Recent studies have shown that kindergarteners who are exposed to complicated math concepts actually do better in math when they get to elementary school, regardless of initial skill level. Researchers report that many students already know how to count or recognize shapes before they even get to kindergarten, but teachers still spend a lot of math time on those concepts, effectively offering nothing to students.

In an article for the New York Times Motherlode blog, MindShift contributor and author Annie Murphy Paul explains why the perception that U.S. students are bad at math might indicate schools aren't challenging students enough. 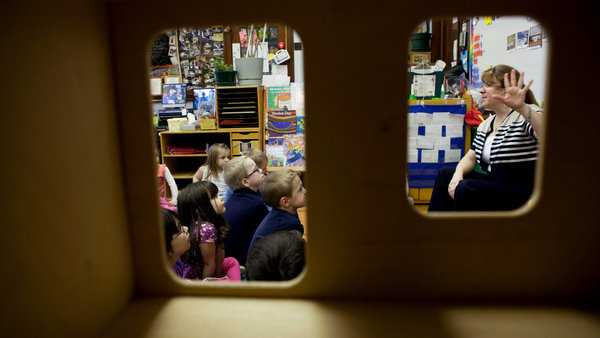 Research on Children and Math: Underestimated and UnchallengedJohn Konstantaras/Chicago News Cooperative We hear a lot about how American students lag behind their international peers academically, especially in subjects like math. In the most recent Program for International Student Assessment, commonly known as PISA, students in the United States ranked 26th out of 34 countries in mathematics.