KQED Science was formed in October of 2012 as a result of KQED’s commitment to increasing science news coverage and the consolidation of KQED’s two award-winning science and environment focused multimedia series, QUEST and Climate Watch.

KQED Science is also committed to increasing science literacy through fostering dialogue around science and environment issues. KQED Science organizes and participates in public science-related events and works closely with its community partners which include world-renowned science and environment institutions, and prominent formal and informal education partners to advance a richer understanding of science.

KQED Science follows strict editorial guidelines that have been adopted from the Public Broadcasting Service (PBS), Corporation for Public Broadcasting (CPB) and National Public Radio (NPR) and uses these guidelines to maintain the integrity of its information and the essential noncommercial nature of its reporting. All of these efforts are directed toward fulfilling KQED’s mission to provide high-quality, noncommercial media that informs, inspires and involves our audiences by giving them opportunities to explore and connect with us and each other. 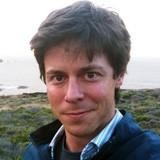 Joshua is a Digital Media Producer for KQED Science, and the Lead Producer and Cinematographer for Deep Look. After receiving his BS in Wildlife Biology from Ohio University, he went on to participate in marine mammal research for NOAA, USGS and the Intersea Foundation. He also served as the president of The Pacific Cetacean Group, a nonprofit organization dedicated to teaching students K-6 about whales. Josh studied science and natural history filmmaking at San Francisco State University and Montana State University. Sevda leads engagement activities and strategy for KQED's science unit. She first joined KQED in 2002 organizing  screening events for documentaries such as  Hope on the Street, Coastal Clash and The New Americans.  She also managed publicity and community outreach for KQED’s multimedia science series QUEST. Before moving to San Francisco, Sevda worked for a variety of media and non-profit organizations. She enjoys documentary film, photography and travel, and is curious about all things art, nature and science related. Sevda holds a B.A. in communication from U.C. San Diego and an M.A. in international relations from the School of Advanced International Studies at Johns Hopkins University. 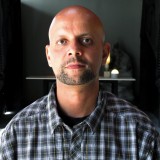 Teodros joined KQED in 2016 to design interactive and motion graphics for the KQED Science team. Before KQED, he was a multidisciplinary designer at industrial and entertainment studios in Los Angeles. He received a B.F.A. from Art Center College of Design with a focus on 3D modeling and CAD. In addition to being an asteroid mining geek, he's an avid backpacker and volunteer with pit bulls and large dogs at Oakland Animal Services. Laura is a community health reporter at KQED. Her work can also be heard on NPR, Here & Now, and PRI. She teaches at UC Berkeley's Graduate School of Journalism. Before getting hooked on all things audio, she worked in education, leading groups of students abroad. One of her favorite jobs was teaching on the Thai-Burmese border, working with immigrants and refugees. Laura won the 2016 North Gate Award for Excellence in Audio Reporting and Production and the Gobind Behari Lal Award for Excellence in Reporting on a Science or Health Story for a radio documentary about adults with imaginary friends. She's done several fellowships, including the USC Center for Health Journalism's California Fellowship, UC Berkeley's Human Rights Fellowship and the Coro Fellowship in Public Affairs. Laura has a master’s in journalism from UC Berkeley and a master’s in education from Harvard. She likes to eat chocolate. For breakfast. 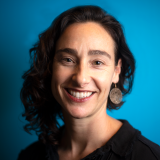 Lesley is a radio reporter covering medicine, space and environment for KQED Science. Her work has appeared on Marketplace, Latino USA, and NPR's Morning Edition and All Things Considered. Previously, she covered food and sustainability for Capital Public Radio in Sacramento. She began her media career at KCTS Television in Seattle. You can find her on Twitter at @lesleywmcclurg. Sarah joined KQED Science's engagement team in August 2019.  She is the Project Manager for the Cracking the Code: Influencing Millennial Science Engagement research and leads the social listening research efforts for this NSF funded research grant.  Sarah also leads all the social media advertising efforts for KQED Science ensuring ads are optimized and reaching KQED's target audiences.  Prior to joining KQED Science, Sarah worked in a brand new role as Digital Marketing Strategist at WPSU Penn State, a PBS and NPR affiliate in State College, Pennsylvania,  where she pioneered digital marketing efforts for all their productions and events. 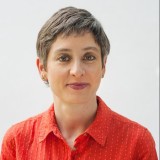 Gabriela started her journalism career in 1993 as a newspaper reporter in Costa Rica, where she grew up. She won two national reporting awards there for series on C-sections and organic agriculture, and developed a life-long interest in health reporting. She moved to the Bay Area in 1996 to study documentary filmmaking at the University of California-Berkeley, where she received master’s degrees in journalism and Latin American studies. She joined KQED as a TV producer when QUEST started in 2006 and has covered everything from Alzheimer’s to bee die-offs to dark energy. She has shared two regional Emmy Awards, and nine of her stories have been nominated for the award as well. Independent from her work on QUEST, she produced and directed the hour-long documentary Beautiful Sin, about the surprising story of how Costa Rica became the only country in the world to outlaw in vitro fertilization. The film is airing nationally on public television stations in 2015. 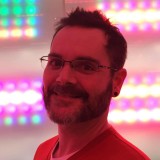 Craig is responsible for the integration of traditional and web-based media across all Science platforms, as well as ongoing production of web-only content features. He is also the Series Producer for KQED's award-winning science web video series Deep Look on YouTube. Prior to joining KQED in October of 2006, he spent 11 years with The Tech Museum of Innovation in San Jose, where he worked to create innovative educational visitor experiences online and within the museum space. He was also responsible for the museum's Information Services operations. He began his informal science interpretation career at the Brooklyn Children's Museum as an Assistant Exhibit Developer and Greenhouse Program Coordinator. Craig has a B.A. in World Arts and Cultures from UCLA, and an M.A. in Performance Studies from New York University. Kevin oversees KQED's health and climate desks. His journalism career began in the Pacific Northwest, and he later became a lead reporter for the San Francisco Public Press. Kevin has reported from melting glaciers in Mongolia, electric buses in Chicago, a coal plant in Wisconsin, toxic waste sites in Indiana, and a desk at KQED. His work has appeared in Pacific Standard magazine, the Energy News Network, the Center for Investigative Reporting's Reveal, and WBEZ in Chicago. Follow him on twitter @starkkev. Send him an email at kstark@kqed.org. Danielle is a reporter for KQED Science. She covers wildfires, space and oceans (though she is prone to sea sickness). Before joining KQED in 2015, Danielle was a staff reporter at KRCB in Sonoma County and a freelancer. She studied science communication at UC Santa Cruz and formerly worked at CERN in Geneva, Switzerland where she wrote about computing. She lives in Sonoma County and enjoys backpacking.

Find her on Twitter @danielleventon or write her at dventon@KQED.org.

Aquarium of the Bay

Stanford Woods Institute for the Environment

The Tech Museum of Innovation

We would like to hear your thoughts about KQED Science on television, radio, the web, and in the classroom. Send your comments to:

To give us feedback and pitch your story ideas email us at: science@kqed.org

Formal and informal educators who would like to find out more about our educator resources and our teacher institutes should email: ScienceEd@kqed.org.

You can also find out more via our Pressroom.

Chrissy Farr, Editor and Host, Future of You