About Future of You

It’s confusing out there, isn’t it?

The disruptors and innovators have taken aim at health care, unleashing a new era marked by more choices than ever before. And, like you, we’re doing our best to navigate the dizzying changes, discoveries and trends that define health care today.

We want to separate reality from hype.

And we want to tell stories.

Stories that encompass innovative ideas and cutting-edge treatments, from revolutionary gene-editing techniques to do-it-yourself diagnostic apps to the expanding use of virtual reality. (Some developments are so new they’re old—doctors making housecalls? That’s actually happening.)

We want to ask the right questions to offer you depth amid the headlines and context amid the buzzwords. And we hope our coverage helps you make more informed choices about your health and the health of people you care for.

Please join the conversation: Read our blog, post comments on Facebook and share your own stories—as well as ours. And when you spot something we should cover, let us know. 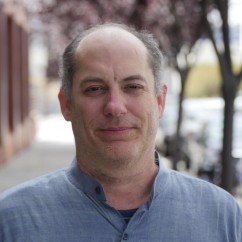 Jon Brooks (@jbrooksfoy) is the host and editor of KQED’s health and technology blog, Future of You. He is the former editor of KQED’s daily news blog, News Fix. A veteran blogger, he previously worked for Yahoo! in various news writing and editing roles. He was also the editor of EconomyBeat.org, which documented user-generated content about the financial crisis and recession. Jon is also a playwright whose work has been produced in San Francisco, New York, Italy, and around the U.S. He has written about film for his own blog and studied film at Boston University. He has an MFA in Creative Writing from Brooklyn College. jbrooks@kqed.org 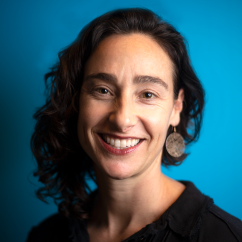 Lesley McClurg (@lesleymcclurg) is a radio reporter covering medicine, space and environment for KQED Science. Her work has appeared on Marketplace, Latino USA, and NPR's Morning Edition and All Things Considered. Previously, she covered food and sustainability for Capital Public Radio in Sacramento. She began her media career at KCTS Television in Seattle. lmcclurg@kqed.org Kat Snow (@cosmologicalkat) is a veteran editor and reporter who helps shape broadcast and online coverage as one of KQED's science editors. Kat came to KQED in 2002 as the afternoon news editor, and edited the original radio series that launched KQED Science. Before coming to San Francisco, Kat worked as a news editor and reporter at KUER in Salt Lake City, and as a reporter in Oregon for public radio, Newsweek and The Atlantic. ksnow@kqed.org Danielle Venton (@danielleventon) is an editor for KQED Science. Her stories have been heard on NPR's All Things Considered, Here & Now and The Takeaway.

Danielle joined KQED in 2015 as a fill-in host. She has worked at KRCB-FM in Sonoma County and at CERN in Geneva, Switzerland. Danielle is a graduate of the UC-Santa Cruz Science Communication Program. Her written work has appeared in WIRED, Nature, Popular Mechanics and High Country News. Danielle's interests span everything under the skies, but also the skies themselves. dventon@KQED.org.