Erin BaldassariMolly Solomon
May 14, 2020
Save Article Real estate experts around the Bay Area knew the region’s red-hot housing market was due for a cool down, but few expected the deep freeze brought on by the coronavirus pandemic.

Overnight, as shelter-in-place orders were issued, the Bay Area’s roaring housing machine ground to a halt. More than 10% of renters haven’t paid rent, and the number of homes for sale has fallen in every Bay Area market.

“No one was prepared for this,” said Gustavo Lopez, a realtor and property manager for a dozen rentals in the San Francisco Bay Area. “No one.”

So what does that mean for an industry in overdrive? We spoke to 10 real estate experts, including economists, affordable- and market-rate housing developers, and rental property owners, to hear what they predict will be in store for the Bay Area’s housing market.

The conversations have been edited for clarity and brevity.

Carol Galante, faculty director for the Terner Center for Housing Innovation at UC Berkeley: You're likely going to see some softening of rents, or concessions, particularly in the upper end of the market, because, they're just going to want to start to lease those properties as soon as things do go back to some level of normalcy. In order to do that, they're probably going to have to make adjustments in their rents to get people to move.

'I do believe the Bay Area will weather this better than most of the country as well. That does not say that there hasn't and won't be pain felt by individuals and businesses.'Mike Ghielmetti, founder and president of Signature Housing Development

Mike Ghielmetti, founder and president of Signature Development Group, a residential and commercial property developer based in Oakland: I think there has been a lot of supply — not near as much as needed to satisfy the housing demand — but there's been, relatively speaking, a lot of supply in the Oakland, Berkeley, San Francisco, San Jose markets, which is a good thing for consumers. And there ought to be some really good deals in the next year or two.

Gustavo Lopez, realtor: It used to be that renters were moving fast to get a place, and they were also overbidding and sometimes they were coming over [saying], “I will pay six months in advance if I get this place.” Now, it's all the opposite, and the landlords are saying, “Hey, I’ll give you free utilities for six months or I discount $2,000 from these rentals for three months or four months.” So, it’s that level of desperation.

Housing Prices May Not Come Down

Issi Romem, economist and founder of MetroSight, and affiliated researcher at the Silicon Valley Institute for Regional Studies: A lot of people kind of presume prices are going to fall now because everything is bad in the economy and people aren't buying. But that's not actually what we're seeing. What could make them fall are the real effects on the economy. If people are out of jobs and can't afford to buy houses, that will affect housing prices.

Igor Popov, chief economist at Apartment List: There's still a lot of optimism for home values going forward. That's going to be compounded by really tight inventory. In these moments of tight inventory, which I think we'll see, at least in the short run, I don't think the home values will actually fall all that much, because the buyers that are still out there are still going to be the ones that are really bullish on their local economies and their ability to bounce back from this.

Matt Schwartz, president and CEO of the California Housing Partnership: People who were previously not in need of assistance are now going to need it. People who previously needed some assistance are going to need more, at least for an interim period. That's something we're all very concerned about. We had around 1.4 to 1.3 million households who were living without an affordable place in California. Now that number is going to grow.

Igor Popov: Right now what we're finding in our data is the best predictor of who's able to pay their housing costs, who's able to keep working, is the ability to work remotely. There are some people who can carry about their jobs because their jobs are relying on emails, on phone calls, on meetings that can be held virtually. Whereas people who work jobs that require face-to-face interaction are really being left behind.

The big problem is that those two kinds of jobs correlate really strongly with income. High earners are much more likely to be able to be working from home right now and are much more likely to continue to make their salary, afford their housing, whereas those occupations that cannot work from home are also disproportionately high poverty occupations.

Working From Home May Change Where We Live

Issi Romem: I think mostly employers are going to realize that they have a lot to gain by allowing people to work from home, even if that's not fully working from home the whole time.

'We are in this moment where there is an opportunity to put things back together a little bit different or a whole lot different.'Ian Winters, executive director of the Northern California Land Trust

That's going to allow people to live in different places than they used to. If you only have to get to work twice a week instead of five days a week, you can handle a longer commute. That could re-energize sprawl. In a place like California, where we are, that could mean that communities out in the Bay Area or the L.A. mega-regions could see more pressure on them.

I don't think this is the end of the city, the way that some people are prognosticating. I think we will have a temporary backlash against dense urban places. The fundamental forces that keep cities in place and the pro-city tilt in public opinion of the last 30 years are probably going to survive this.

Sid Lakireddy, president of the California Rental Housing Association: New development tends to taper off in a recession, and they won't be so quick to start new housing projects. But it was that pressure release valve that was needed because the cost of construction had gotten so high, that it did not make sense for a lot of projects to be built anymore. You saw a lot of projects in San Francisco not being built right before this happened. So, yes, I think you're going to see a cooling off in construction, unfortunately, as well.

Mike Ghielmetti: We have one building we were hoping to start sometime this summer or fall, and we still hope to do that. We’re working with prospective lenders and partners to try to actually start that. I think overall, there are a number of projects that were in the pipeline already, so the amount of supply in the balance of 2020 and into 2021 will still be a healthy amount, which will benefit consumers and tenants. And then, I think the amount of new starts will go down because of the economic climate and the reduced availability of capital.

Mike Ghielmetti: In the Bay Area, we weathered the financial crisis of 12 years ago relatively well, against the backdrop of the balance of the country. And I do believe the Bay Area will weather this better than most of the country as well. That does not say that there hasn't and won't be pain felt by individuals and businesses. It will be terrible. But I think we will weather it.

Margaret O’Mara, history professor at the University of Washington and affiliated researcher at the Silicon Valley Institute for Regional Studies: The Bay Area is a resilient economy. It's had many lives. It is a boom and bust economy. I think that downturns create opportunities that can go a lot of different directions.

Issi Romem: Those players that are deep pocketed — think large private equity firms or pension funds or tech companies that have enough piles of cash that can last for years — will be seeking opportunities. And if I think about development, that could mean buying land on better terms that could be developed 10 years down the line.

Ian Winters, executive director of the Northern California Land Trust: We are in this moment where there is an opportunity to put things back together a little bit different or a whole lot different. It's pretty clear we need to have an equitable economic structure that takes care of people and also shares the risk of what's happening across society rather than concentrating it. We have an opportunity to change that. And we have a lot of work to do. 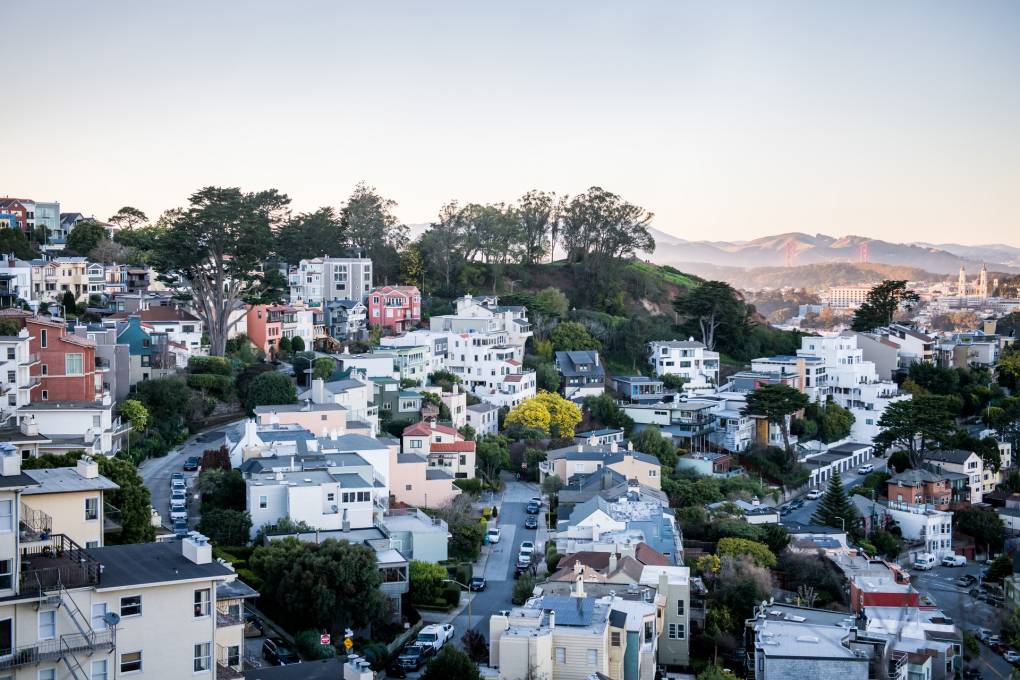 What You Need to Know About Rent

Matt Schwartz: We are now at historically low interest rates. There is no better time for the state to borrow than today. So we want the state to think big about this, to think big about what it can get from Congress and what it can repurpose, but also to think about borrowing against the future. Because in moments of crisis like this, we cannot be bound completely by the requirement of a balanced budget or we will fail at addressing this crisis. We will have tens of thousands of new homeless folks who should never have become homeless.

Carol Galante: There’s been a lot of effort to house the unsheltered. And because there's a lot of money being spent putting people in hotels, putting people in temporary housing, what are we going to do when this is over? Are we just going to let everybody go back out on the street? And it seems to me like maybe there's an opportunity that people will say, “We've got to keep people housed.” I'm not saying that will happen, but I think there's impetus there to not go backwards.