Poll: Most California Voters Support Farmworker Protections During the Pandemic Farm laborers from Fresh Harvest working with an H-2A visa harvest romaine lettuce on a machine with heavy plastic dividers that separate workers from each other on April 27, 2020, in Greenfield, California.  (Brent Stirton/Getty Images)

Most voters in California support greater economic protections and health care for farmworkers, as they continue to help feed the country through the coronavirus pandemic, according to a new statewide poll.

The survey found that 71% of voters agree that agricultural workers who contract COVID-19 should have medical benefits and paid sick leave, even if they are undocumented immigrants. The poll, released Friday, was conducted by UC Berkeley’s Institute of Governmental Studies and the California Initiative for Health Equity and Action.

While deemed “essential” by the federal government, most field workers lack legal immigration status, and that excludes them from public benefits such as food stamps, unemployment insurance and federal emergency stimulus checks.

'They are literally putting their lives on the line to keep the food supply running.'Alein Haro, a research fellow with UC Berkeley’s School of Public Health

California, which grows two-thirds of the nation’s fruits and nuts and one-third of its vegetables, has a higher share of unauthorized field workers than other states. The U.S. Department of Labor estimates 56% of the state’s farmworkers are undocumented immigrants, compared to just under half nationwide.

Nationwide, more than half of farmworkers lack health insurance, and nearly three in four earn less than $30,000 a year, according to the most recent National Agricultural Workers Survey report.

Now, these medically and economically vulnerable workers are at higher risk of contracting the virus because they must frequently work in close proximity to others in fields and packing houses, according to the poll’s researchers.

“They are literally putting their lives on the line to keep the food supply running,” said Alein Haro, a research fellow with UC Berkeley’s School of Public Health who helped analyze the survey results. “The least that we can do is make sure that these workers, if they do fall sick, can actually have the resources that they need to recuperate.”

Among poll respondents, 94% believe employers should allow farmworkers to maintain social distancing at work and provide them with personal protective equipment and hand washing stations. About 80% of voters also agree that employers should continue paying workers who get sick and must stay at home.

Poll respondents who disagreed with providing greater protections for farmworkers were more likely to live in rural areas, vote Republican and approve of President Trump’s handling of the pandemic.

A worker’s access to paid sick leave benefits usually depends on their employer and the laws of the state they live in. Since 2015, employers in California must provide at least three days of paid sick leave per year to full-time employees.

But in March, as the coronavirus pandemic widened, Trump signed the Families First Coronavirus Response Act, which required many employers to provide up to two weeks of paid sick leave to employees who contract COVID-19.

The protections, which expire at the end of this year, did not cover private companies that employ 500 or more employees, leaving those workers without guaranteed access to the benefit. 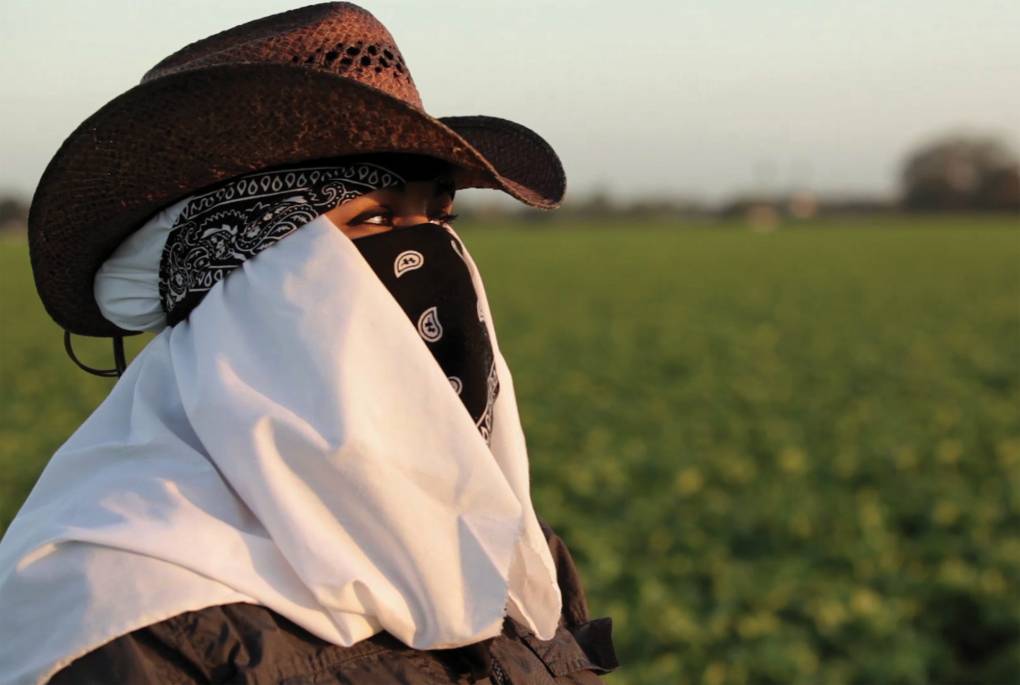 Daniel Costa, who directs immigration law and policy research for the Economic Policy Institute, said he’s optimistic that farmworkers who become sick with COVID-19 will be able to benefit from paid sick leave, even if they are undocumented.

“I don't think that employers want sick workers who have coronavirus or might have it showing up to the fields and getting other workers sick,” said Costa, who is based in the Central Valley city of Turlock. “That could shut down their operations. I think there's a real incentive there.”

Costa said that as long as employees are on the books, regardless of their immigration status, they should qualify for paid sick days.

But many farmworkers may not be aware they are entitled to this right, especially immigrants who speak indigenous languages, said Haro, the UC Berkeley research fellow. Information about benefits is often only available in English and Spanish.

“We know that undocumented individuals are really most at risk in terms of having the resources that they need to get through the pandemic,” she said. “And when we think of farmworkers, we know that they had very little protections even before the pandemic.”