Even With New Federal Coronavirus Bill, Most Workers Get No Additional Sick Leave Items piled high at the checkout counter of a Ralph's Supermarket in North Hollywood on March 19, 2020. (Frederic J. Brown/AFP via Getty Images)

San Jose and San Francisco passed emergency bills Tuesday requiring large companies to give all employees 14 days of paid sick leave if they have been affected by COVID-19.

"We are only as healthy as our neighbor, our grocery store clerk, our essential frontline workers," said San Francisco Supervisor Gordon Mar. "And if they can't afford to stay home when they need to, we are all worse off."

Mar said San Francisco's emergency bill will help about 200,000 workers in the city. A similar ordinance is being drafted in Oakland.

The United States is one of the few wealthy nations that does not guarantee paid sick leave for all workers. The “Families First Coronavirus Response Act” was potentially going to change that by guaranteeing 14 paid days off for all workers, plus additional leave time for issues relating to the coronavirus outbreak.

But after congressional Republicans pushed for exemptions for businesses with less than 50 employees or more than 500 employees, the law — which passed in March — now only covers about 25% of all workers.

California is one of 12 states that does guarantee paid sick time, but it is far shy of 14 days — the minimum amount of time officials say people should self-quarantine if they believe they've been exposed to COVID-19. The state requires employers to guarantee three paid sick days per year. Only 4% of all U.S. workers have 14 or more days off.

With so little time off, workers in the pandemic are being asked to choose between staying home and making no money or working while sick.

Working sick is something many Americans are used to doing. New survey data from UCSF and UC Berkeley shows just how prevalent it is among service and retail workers.

The results are “really scary,” Harknett said. “Sixty percent of the workers reported going to the job sick.”

Harknett said in many cases workers have no option because their company does not give them sick leave. And that even when they did have paid time off, many workers reported being unable to access it. They said that managers would pressure them to come in and that they were afraid of retaliation for taking any time off. 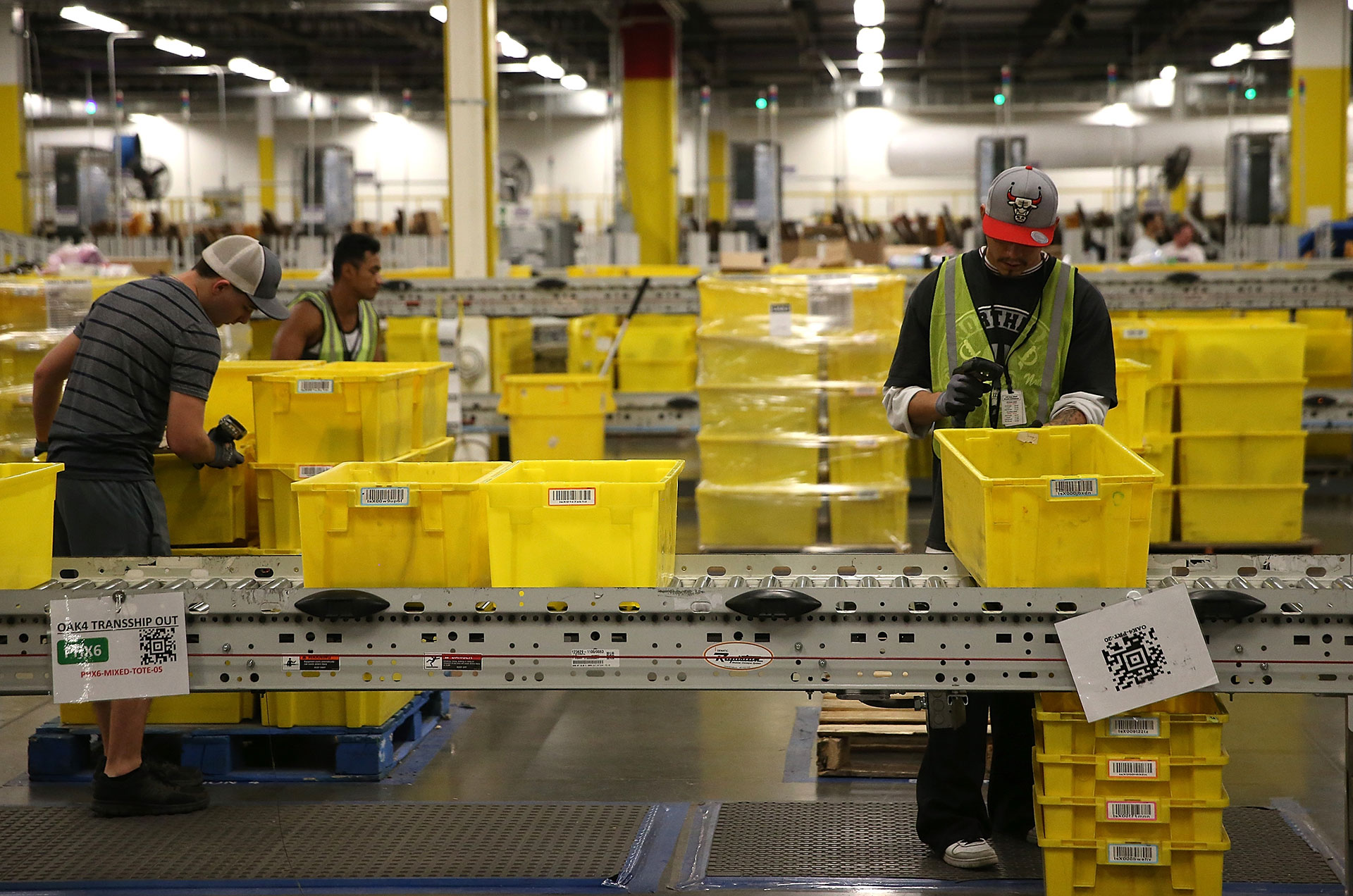 Harknett said a worker told her, “If I call out sick, it's a strike against me.” Of paid time off, another worker told her, “Even though I have it, it looks kind of bad if I use it. My manager doesn't want me to use it.”

The pressure to work while sick and fear of retaliation is especially true in the service industry, where waiters and front-of-house staff are often expected to find someone to cover their shift if they are ill.

That has been the experience for waiter Ricky Villarreal, too.

“There have been times where I've been sick, and they say, short of throwing up or diarrhea, come on in," said Villarreal. "Depending on what you got, you take a lot of Tylenol or DayQuil and just kind of march in and try to power through.”

Many restaurants have closed now because of the coronavirus. But because of the exemptions in the new bill, if a restaurant has less than 50 employees, it will not have to give its workers additional paid time off when it reopens.

KQED interviewed a pharmacy worker at a large chain who had a similar experience to Villarreal. She said she wants to remain anonymous for fear of losing her job.

She says about a month ago, when the pandemic was starting to hit the U.S., she and two other colleagues had flu-like symptoms. They couldn’t find anyone to cover for them, so the manager told them they had to come to work.

“I felt so bad,” she said. “People were coming in to get medication, and I could be infecting them.” She said she tried to do as much work as possible in the back of the store so she would limit her contact with customers.

The pharmacist was not tested for COVID-19 and has no idea if she was passing along the sickness. She said you don’t need to be a doctor, or a pharmacist, to know that having sick people touch everyone's medication is not a good way to flatten the curve of a pandemic.

Since her pharmacy chain has way more than 500 employees, it is also exempted from the federal coronavirus bill. Any company with over 500 employees does not have to provide 14 days of paid sick leave to workers nor the 12 weeks of paid leave the law required for workers whose children were home from school or for child care because of the pandemic.

“It's extremely problematic that there is a carve-out for large employers,” Harknett said.

According to Harknett, corporations with over 500 workers are some of the worst offenders when it comes to providing sick leave.

Costco is a rare standout. According to the survey data, the grocery store provided coverage to nearly all workers. At Walmart, the percentage dropped to 73%. And it was close to zero for fast food chains like McDonald's, Dunkin' Donuts and Burger King.

All of these businesses were exempt from the federal coronavirus bill. Read the full report of the Shift Project survey and see all the data here.

The extreme precarity of many U.S. workers increases the pressure on them to go to jobs while sick. As part of the UCSF-UC Berkeley survey, Harknett said they asked service workers if they had the resources to absorb a single unexpected $400 expense. More than half said they could not.

“Workers are in extremely precarious position on a good day,” Harknett said. “But then you layer onto that an enormous public health crisis and then it’s just a recipe for disaster.”

Harknett said this pandemic is showing how workers’ lives have become increasingly fragile after decades of having their benefits, pay and protections chipped away by their employers.

“There has been this general trend,” Harknett said, “what gets referred to as a risk shift where employers have passed on more of the risk and uncertainty about doing business onto the workers. So the social contract since the 1970s has really shifted from one of shared risk or where employers bore more of the risk, to one where workers bear most or all of the risk.”

Compared to the 1970s, fewer workers belong to unions who could advocate on their behalf. Several companies have shifted more jobs from full-time employee arrangements to part-time contract and gig work that lack protections like guaranteed minimum wage, overtime or worker's compensation.

Some companies have also suppressed wages — sometimes so aggressively that they do not keep up with inflation — so the same job is paying less than it used to. Fewer workers today have benefits like a retirement pension or quality employer-sponsored health insurance.

By cutting labor costs, companies were able to increase revenues and keep the prices of goods lower. While consumers and shareholders benefited, wage earners suffered.

With the pandemic, many of these wage earners are now either out of a job or being asked to continue working during this crisis without significant raises, increased protections, benefits or paid time off.

Several workers who spoke with KQED said they’re hoping they remain healthy so they aren’t forced to choose between staying home and making no money or going to work sick.

If you are a worker who is sick with what appears to be COVID-19, or you are caring for someone who is sick from the coronavirus, you may be eligible for paid time off, disability insurance or family and medical leave if the business you work for has less than 500 and more than 50 employees. You can apply here at the Employment Development Department website, although they admit that they are still waiting for more details from the federal government.

You should also seek legal counsel for advice on how to communicate with your employer about coronavirus. Here is a list of pro bono employment lawyers in California.