Allow me to tell you the story of me and sports. Don't worry, it won't take very long. From an early age, my mother decided to shape her only son into a “man” through gifts of over-sized Redskins winter apparel. I could live with that because it was infinitely better than the bow ties forced upon me in earlier years. Something that was harder to accept was being enlisted in an actual sport.

This isn't recorded in any record books, but it's true: I was the most apathetic defense soccer player in the history of the game. As halfheartedly as Daria plays volleyball, I did my best to be as unhelpful as possible. But that didn't stop a hurtling ball from finding the side of my head. Stars! Just like in the cartoons!

If I was a fictional being in a Hollywood movie, this would have been the part of the story where I became impassioned and fueled by the pain and made some memorable winning play or something. What actually happened is I cried a lot and the coach took me to the sidelines and then did that thing jocks do in movies where they rally an unwilling person into doing something they don't actually want to do. "YOU GOT THIS! YOU'RE FINE! YOU READY TO GO BACK IN THERE???" I'm not exactly sure what I said, considering the head injury, but it was something in the neighborhood of: Hell no. That was the last day of my illustrious sporting career.

Since then, sports don't come up that often. Well, until recently, that is, with the World Cup and the SF Giants being the best team in the whole wide world, winning three World Series in five years. On each of those occasions, I took the “if you can’t beat ‘em, join ‘em” approach and sacrificed myself to the sporty gods. And you know what, it wasn’t terrible. With the Superbowl upon us, what’s a non-sports fan to do?

No one likes a dunce. So do some light studying on the rules of the game and who the major players are. You’ll actually find out interesting conversation topics like the fact that Patriots quarterback Tom Brady is married to Gisele or that the Patriots deflated a bunch of footballs to give themselves an unfair advantage in their qualifying game and received no consequences (the injustice!). But before you go rooting for the Seahawks, you should know they are longtime rivals of our own 49ers. Team nobody?Another good way to up your interest level if you’re a girl or gay boy is to go through both teams’ rosters and pick your next boyfriend. As anyone who has crushed on their high school math teacher knows, love can make any subject interesting.

Life is too short to surround yourself with people that don't get you so find out where your kindred spirits hang out. If you like to be in the middle of the action, Mission dive bars are the place for you. If you enjoy reliving your college years, head to the Marina. If you don’t like strangers, invite yourself over to a friend’s house. And if you’re gay and aren’t opposed to a celebratory kiss, check out Hi Tops in the Castro. 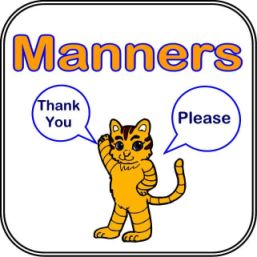 Dressing up is fun (see: Halloween and Quinceañeras, Rocky Horror shows and raves). So get in the mood by putting together an ensemble that is appropriate for the occasion. You don’t have to go so far as to wear a jersey or hat, but at least get the colors right, if you plan on rooting for a specific team. Don some red, white, and blue for the Patriots, and bright green, blue, and silver for the Seahawks. Or you could always protest by wearing red, white, black, and gold in honor of the 49ers. If you really can’t find a way to enjoy the sport, I suggest exercising mind over matter. One option is to think of the positive: it’s not that often that everyone is brought together in solidarity over a televised event, so revel in the high-fives from strangers, the company of your friends, the finger food, and the overall sense of community. Plan B is to convince yourself that the game of helmeted giants hurling themselves at each other is actually just a pre and after party for the real event: a Katy Perry concert featuring the return of Missy Elliot (she shouldn't have left us without a dope beat to step to, but all is forgiven)!