A demonstrator holds her hands up while she kneels in front of police at the Anaheim City Hall on June 1, 2020, in Anaheim, California, during a peaceful protest over the death of George Floyd. (Apu Gomes/AFP via Getty Images)

Gov. Gavin Newsom signed a slate of new police reform bills into law Thursday during a press conference in Gardena, including creating higher education standards for officers, requiring officers to intervene if they see a colleague using excessive force, banning certain holds that cause asphyxiation and laying out a process that will decertify officers who are found guilty of serious policy or criminal violations.

“Right here at this park is where Kenneth Ross Jr. lost his life,” said state Sen. Steven Bradford, D-Gardena, in the Rowley Gym next to Rowley Memorial Park during the press conference. “Instead of sending a crisis team, he was shot in the back and killed in broad daylight.”

Kenneth Ross Jr., a 25-year-old Black man, was shot and killed by a Gardena police officer in 2018. The officer was cleared of any wrongdoing, despite having a history of use of deadly force.

Bradford said the incident inspired him to author the Kenneth Ross Jr. Police Decertification Act of 2021, or Senate Bill 2, which establishes a police certification program under California’s Commission on Peace Officer Standards and Training (POST), and establishes a new division within POST that has the power to investigate police officers and revoke certification.

Officers can now lose their certification for serious misconduct, including using excessive force, committing sexual assault, intimidating witnesses, making a false arrest or report or participating in a law enforcement gang. Other grounds include “demonstrating bias” based on race, religion, gender identity, sexual orientation or mental disability, among other criteria.

Newsom pointed out that until now, California had been one of only four states that didn’t have a decertification process for officers. POST has until Jan. 1, 2023, to hire staff and implement the process.

Another new law, SB 16, expands state Sen. Nancy Skinner’s 2018 landmark police transparency law, SB 1421, or “The Right to Know Act,” which opened up three narrow categories of police records — investigations into deadly or serious use of force by police and investigations that found officers committed sexual assault on duty or told official lies. 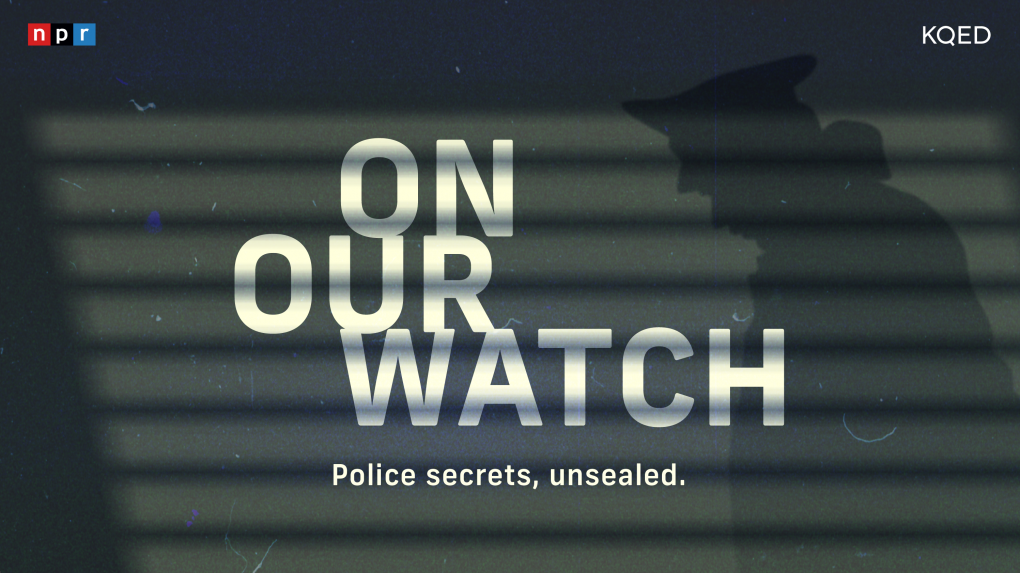 Listen to 'On Our Watch,' an investigative podcast from NPR and KQED on what was hidden in police internal affairs files unsealed by change in California law in 2019.

Through SB 1421, thousands of previously secret internal police records have been obtained by the California Reporting Project, a coalition of news organizations co-founded by KQED. Those files exposed gaps in police accountability systems and egregious cases of sexual abuse and dishonesty by officers, including cases where officers were fired for serious misconduct but then hired by neighboring agencies.

SB 16 opens up three more categories of records: investigations into officers who were found to have engaged in bias or discrimination, made unlawful arrests or searches, or used excessive or unreasonable force.

“Bad behavior goes unchecked when police can operate in secret. We have the right to know if and when a local officer engages in misconduct,” said Skinner, D-Berkeley, in an interview on Sept. 15. “SB 16 sends a clear message that officers who engage in racist or discriminatory behavior are not welcome in our communities.”

SB 2 and SB 16 also work together to close a loophole that records released under SB 1421 revealed.

“An officer would quit their job as soon as they were accused of misconduct that could have been exposed,” Skinner said. “And then there was no record that followed them."

Newsom credited "the most powerful force on planet Earth" — mothers — for their leadership on police reform.

"Hopefully this provides a little hopefulness, softens the edges a little bit, that your most precious — your children’s lives were not in vain and that their loss can somehow ennoble all of us to do more and be better,” Newsom said.

“I'm his mother,” Almarou said. “I was with him 25 years. He loved me. He loved his siblings. He has a son that he left behind. He didn't deserve this. No family deserves this.”

A provision in the law that would have held seats on the decertification board for people impacted by police violence was watered down after opposition from police unions.

In a joint statement, Los Angeles, San José and San Francisco police officer unions downplayed the importance and impact of the law.

"Despite the fanfare, Senator Bradford’s attempt to decertify peace officers for traffic tickets, unfounded complaints and unsubstantiated allegations was defeated,” they said in the statement, pointing out that the panel can only recommend decertification to POST. “Now that a decertification process has been established, we urge Senator Bradford and the legislature to focus on reducing the rise in shootings, homicides, and robberies each of our cities are grappling with."

The Peace Officer Standards Accountability Advisory Board will be made up of nine people appointed by the governor. The law states the governor should give preference to people who have experienced police violence, but does not require it.

SB 2 also removes some of the immunity protections that police officers claim, making it easier for people to sue individual officers for their actions.

Newsom on Thursday also signed AB 89, or The Peace Officers Education and Age Conditions for Employment Act, or PEACE Act, which raises the minimum age of eligibility to become a cop from 18 to 21 and expands education for officers. He also signed AB 26, which requires officers to intervene if they see a fellow officer using excessive force and protects them from retaliation if they report another officer for violating policy.

Newsom also signed a measure, AB 48, setting statewide standards for when officers can use "kinetic projectiles" like rubber bullets and chemical agents or tear gas to break up peaceful demonstrations. Police also are prohibited from aiming rubber bullets, beanbags and foam rounds at anyone’s head, neck or other vital areas.

During the 2020 racial justice protests, some demonstrators acting peacefully were injured by rubber bullets and other projectiles.

The new law also requires training officers to use less-lethal weapons only when someone is at risk of death or serious injury, or “to bring an objectively dangerous and unlawful situation safely and effectively under control.” Officers will have to give verbal warnings and try other deescalation tactics first.

The family of Bay Area man Angelo Quinto, a Filipino immigrant who died in the custody of Antioch police in December, attended in support of another new law, Assembly Bill 490, that bans police from using restraints that cause positional asphyxia.

Quinto’s sister called police for help when her brother was having a mental health crisis. One officer put his knee into the back of Quinto’s neck while another restrained his legs. His death was ruled an accident earlier this month.

At the press conference, voices in the gym cried out, "Say his name."

Reporting from The Associated Press was used in this post.