Elizabeth Aguilera
May 11, 2020
Save Article Gov. Gavin Newsom promised that the state’s new child care website would give essential workers all the information they need to choose a provider for their kids.

It isn’t quite working out that way.

The portal Newsom announced a week ago, based on state licensing data, lacks key information. In many instances, hours of operation and available spots are missing. The site doesn’t indicate whether providers accept subsidies or what they charge.

The number of complaints about a provider initially was listed, but the state removed that information within days of the portal’s debut. Citations also are absent. To find that crucial information, a user would need to locate and then click on the license number — which then links to the state’s main licensing database. 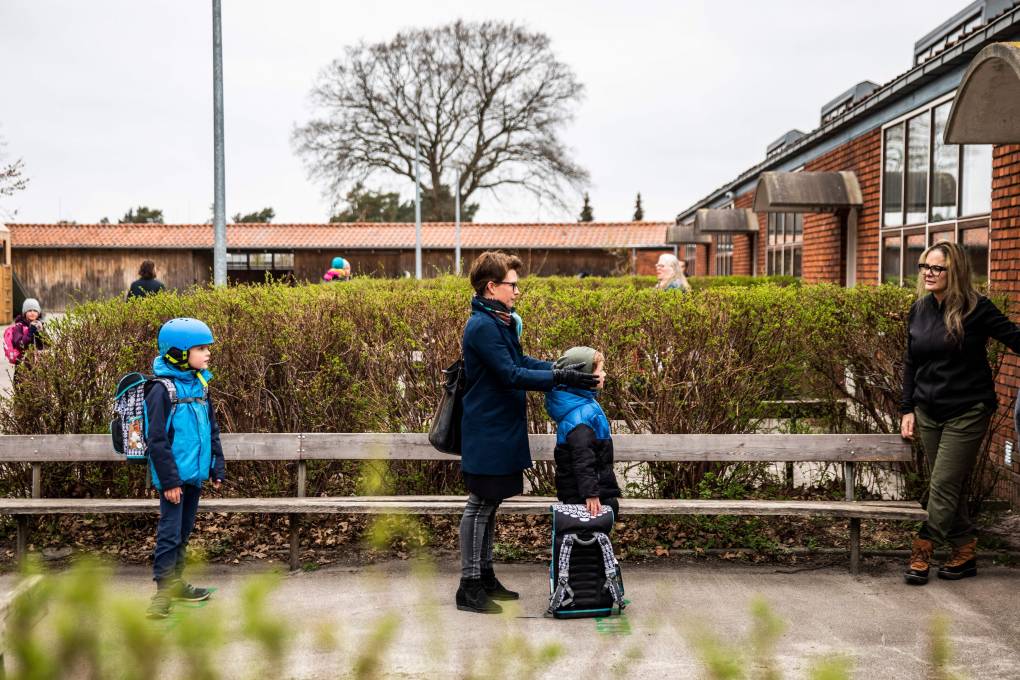 The future of schools

Across California, 72% of child care is provided by licensed private businesses — large centers and small and large family home care sites, accounting for nearly 1 million child care slots. Of those, 35% have a state or federal contract, such as Head Start. The rest get paid directly by parents or via vouchers.

Newsom said the portal was created to help working parents track down child care during the COVID-19 pandemic. The state’s shelter-in-place order never required private child care and preschool centers to close, but many have shut down for safety reasons or falling enrollment. Relatives who may have provided care or been backup babysitters are now in isolation, and schools are out for the foreseeable future.

But the portal is not proving to be a one-stop shop, said Nina Buthee, executive director of EveryChild California, a statewide organization supporting early childhood education programs.

“Any parent would still need to make quite a few phone calls and reach out to a number of different places,” Buthee said.

Instead, she called the new California child care website a “really good start for finding out where facilities are.”

The new portal allows a user to enter an address or ZIP code to see a map of nearby centers as well as a list of providers. From there a parent can choose a provider and access whatever information is available. The portal lists 41,000 sites and 464 new pop-up child care locations.


'I wish people could see how beautiful and user-friendly this site is going to be.'Keisha Nzewi, whose network is building California’s new child care website

The state Department of Social Services already had a licensing database that is searchable, but it is more complex and doesn’t provide availability information.

“The purpose of the portal is to provide child care options that are convenient and reliable for their families located near their work, home or preferred location,” department spokesman Scott Murray said in an email.

About the missing information, Murray said the department is contacting providers regularly through an automated system to get updates regarding availability. If a center does not respond to text, email or phone calls the site indicates “availability unknown.”

Originally the new portal included the number of complaints a child care provider has received but the state removed that information within three days. Murray said that element was cut because the page has a link to the original licensing site, where users can explore complaints, citations and facility inspection reports.

Buthee said if the goal was to create the informative, user-friendly site that Newsom promised, it should include a list of recent citations and complaints with the date, reason and resolution. Or instead, the site should explicitly explain what parents can find if they follow the link to the licensing data.

Ironically, there is a more in-depth child care database in the works. In July, a long-awaited multimillion dollar website will launch that includes in-depth information and resources for families. This project was created in response to the requirements of a Child Care Development Block Grant the state received in 2014.

The website was fully funded in last year’s budget, according to Keisha Nzewi, director of public policy for the California Child Care Resource and Referral Network, which holds the contract and is building the site.

“It’s good to have something up,” said Nzewi about the state portal. “I wish people could see how beautiful and user-friendly this site is going to be. I wish COVID had held off or we had enough money to do this sooner.”

For now, the referral network is working with the state to infuse the portal with some of the features from the new site, like a more robust database of providers and availability.


'That portal doesn’t give you any information. It doesn’t say where they are, how many spaces. For a new parent it has nothing. 'Maria Jandres, San Francisco parent

The current California child care website has disappointed some parents and providers alike.

“It’s really bad,” said San Francisco mom Maria Jandres. “That portal doesn’t give you any information. It doesn’t say where they are, how many spaces. For a new parent it has nothing. It leaves you more lost and with even more questions.”

Jandres said her 4-year-old son’s regular child care site closed in March, around the time her work as a realtor and court translator was coming to a slow stop. She stayed home with him for three weeks before signing up as a food delivery driver for various apps. She now juggles his care with her partner when he is not working.

“We have to figure out our child care because we don’t have anyone else,” she said. “Without child care neither my partner or I would be able to survive.”

At the same time, she said she is afraid to send her child to a provider she doesn’t already know, even if there are slots for essential workers. She’d rather ask around in her community for a personal recommendation.

This comes as no surprise to preschool owner Amanda Simoni, who went from having 54 kids every day to the 10 she is taking care of now at Heritage School of Discovery in Oakdale. She said she has laid off half of her staff and hopes to bring them back as soon as more kids return.

Simoni said California’s new child care website “came too late and it does not give enough information.”

She reached out to her local nonprofit child care agency after perusing the site and finding her phone number was wrong. It also included three complaints against her program, all of which were three or more years old and had been resolved, she said.

Simoni said parents should have all the information, but it should be listed in a comprehensive way. As is, she said, the portal is “just not giving accurate information, it’s not giving parents the opportunity to make a good decision.”

For parents seeking child care sites that are much smaller than Heritage School, and are operated out of a provider’s home, this portal is going to require some additional hoops.

These so-called “small family homes,” where providers care for up to eight kids, are listed without the official name of the business, address or contact information. Department spokesman Murray said that the contact information is not listed for privacy reasons because these are individual homes. So in order to reach these providers, parents would have to call their local nonprofit referral agency that oversees child care.

Those extra steps could thwart a connection between a family and a small child care provider.

“They need to have as much of an advantage as anyone else,” Buthee said.

Child care advocates hope to resolve all of these concerns with the new site.

Eventually, any searches will direct web traffic to the new site, Nzewi said. She said she expects the need to find child care to continue to grow into the summer, as some centers reduce enrollment to meet social distancing guidelines — or close altogether.

“It’s going to become even more important for parents and providers,” she said. “Parents will have to seek out new care.”