Thursday Is Your Last Chance to Take the Census. Here's Why It's So Important KQED is answering your questions about the 2020 census. (Mandel Ngan/AFP via Getty Images)

The official count of the entire U.S. population — which only happens every 10 years — is happening now, and it ends tonight on Thursday, Oct. 15 at 11:59 pm PDT.

The 2020 census is a monumental effort to collect information about every person living in the United States, regardless of citizenship status, including age, address, race/ethnicity, home ownership status and size of household. That data will have widespread social, political and economic impacts on just about every community in the country for years to come.

You can also respond by phone today or mail your paper response as long as it's postmarked Oct. 15.

We asked you — our readers — to tell us what you want to know about the census. Here are answers to the questions we received:

Still have questions? Submit them below.

Why does it matter?

For starters, more than $675 billion in federal funding is at stake, according to the Census Bureau. 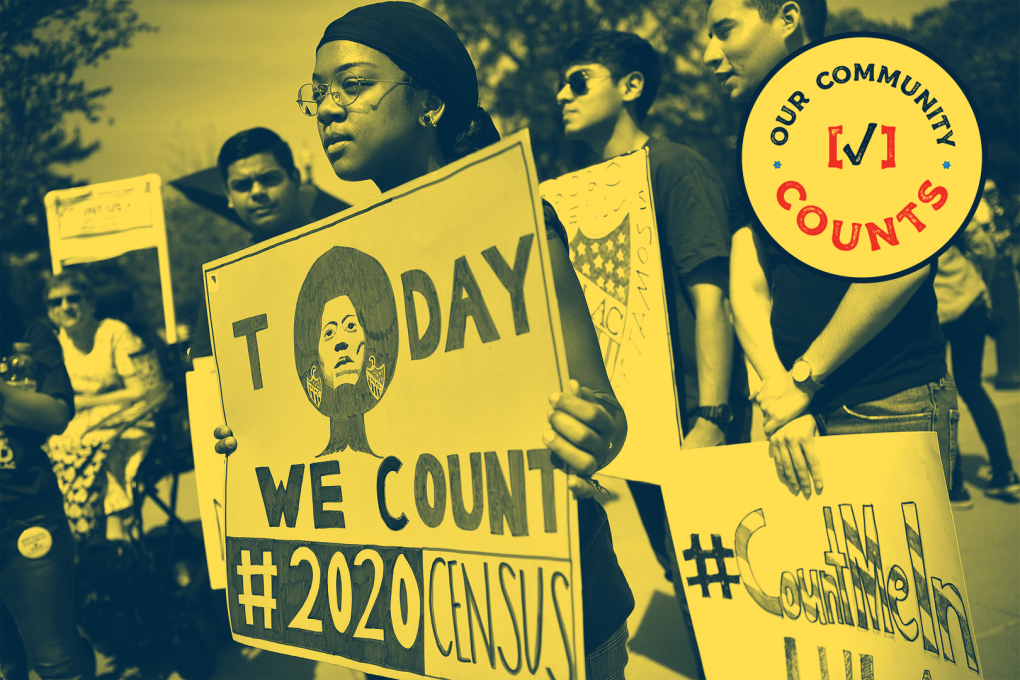 In fact, most of the federal funding California receives is based on census data, research from the Public Policy Institute of California shows. That data also plays a key role in determining how that money is distributed to different programs and communities throughout the state.

Additionally, the census count impacts political representation and redistricting — how states redraw their legislative districts based on population changes. The data are also used by scores of organizations and businesses in deciding where to have a presence — but more on that below.

What if there's an undercount in California?

The census count determines, among many other things, how the U.S. House of Representatives' 435 seats are divvied up among the states. While most experts expect California to retain its 53 seats, a significant undercount could jeopardize that representation.

The deadline to respond to the census is Oct. 15.
On top of that, because lawmakers use census population data to redraw legislative lines, political representation — both federally and on the state level — could shift away from undercounted areas, which are more likely to be poorer communities of color.

Additionally, communities rely on the data to determine investment needs, such as where to build new roads, hospitals and schools. And businesses and nonprofit groups use it to inform where services are needed and to help identify consumer demand and job markets.

The results of past census counts have shown that certain demographic groups are particularly hard to reach, including immigrants, children, young men, renters and Latino and African American residents. And all of those groups have become a significantly larger portion of California’s population since the 2010 count, heightening concerns of a potential undercount and prompting California to invest in an unprecedented level of census outreach.

How and when do I fill out the census?

The U.S. Census Bureau, a division of the Department of Commerce, runs the count. It asks respondents to answer questions based on their location on April 1 — Census Day — to capture an accurate snapshot of that moment in time.

This is the first year the census is available online. Although the bureau expects the majority of respondents to submit it that way, it can also be filled out by mail or phone.

The 2020 census officially began in January in the tiny, remote fishing village of Toksook Bay, Alaska. The vast majority of the population, though — roughly 95% of all U.S. households — received invitations in the mail in mid-March. For everyone else, including those without home addresses, census counters — called "enumerators" — will deliver forms in person. This has been delayed due to the coronavirus pandemic — read more on that below.

Invitations sent to each household include a unique ID and instructions on how to respond. You may have also received a paper form along with your official invitation if you live in an area with historically low response rates. This map shows the current self-response rate of your community.

Your unique ID is intended to help protect your identity and prevent duplicates from being submitted. However, if you don't know your ID when you fill out the census, you can use your street address instead. And if more than one person in a household submits multiple forms accidentally, the Census Bureau says it has procedures in place to resolve that.

The cutoff for responding by yourself online, by phone or mail was extended from July 31 to Oct. 31. But on Oct. 13 a Supreme Court ruling allowed the Trump administration to end the count early, on Oct. 15.

Enumerators had planned to start visiting households in mid-May, but this is now postponed until Aug. 11. The Census Bureau conducted online, paid trainings for its recently hired temporary employees in the meantime.

The Census Bureau suspended all field operations, which includes counting the homeless population and people living in “group quarters," such as on-campus students, until June 1. The bureau said it will continue to evaluate field operations and communicate updates.

In light of many colleges across the country taking instruction online and closing on-campus housing, the Census Bureau adjusted operations to specifically make sure students are counted. More on that here.

While field operations are suspended, households were able to respond to the census online by themselves. This meant census takers had fewer houses to visit when the time comes — and less concern about virus transmission.

How do I know I'm being contacted by the actual Census Bureau (and not someone trying to con me)?

For starters, the Census Bureau will NEVER:

If an enumerator knocks on your door, you can ask for an ID badge, which should have that person's photograph, a U.S. Department of Commerce watermark and an expiration date. You can also call 800-923-8282 to speak with a local Census Bureau representative about any concerns.

What questions are on the census?

Click here for a sample census form and explanation of why each question is asked.

Notable changes from the 2010 census include:

Will the citizenship question be on the census?

The Trump administration's yearlong effort to include a citizenship question on the census was ruled unconstitutional by three federal judges, a decision upheld last year by the U.S. Supreme Court.

To be clear, the federal government will NOT be able to determine a person's citizenship status based on census data.

Is my information protected?

Yes. The results of the census can only be used for statistical analysis. Under federal privacy law, employees of the Census Bureau are prohibited from releasing any collected information, even to law enforcement agencies. The law also protects your responses from being used against you in court or by any other government agency.

Census workers take a lifetime oath to protect individuals' information. A violation can result in up to five years in prison and/or a penalty of $250,000.

The Census Bureau says it has also taken major steps this year to ensure data security against hacking and cyberthreats.

"All data submitted online are encrypted to protect personal privacy, and our cybersecurity program meets the highest and most recent standards for protecting personal information," the Census Bureau's website states. "Once the data are received, they are no longer online. From the moment the Census Bureau collects responses, our focus and legal obligation is to keep them safe."

However, a report from the Government Accountability Office warned that the bureau is lagging in addressing IT and cybersecurity risks tied to last-minute shifts to a new backup system.

How should someone from a single home that houses two families answer the census?

Bay Area residents are no stranger to shared housing arrangements, so let’s break this down: A housing unit is considered separate only if its residents live and eat separately from the other tenants in the building and have direct access outside, or through a common hallway.

The occupants of a housing unit may include a single person, one family, unmarried partners, multiple families living together, multiple roommates — there are plenty of possibilities.

What if I don't respond or leave many questions blank?

Contrary to what many people think, filling out the census is not voluntary: It's actually required by law. If you don’t respond or send back a largely incomplete form, the Census Bureau will continue to send reminders, deliver a paper questionnaire, and eventually, begin to make in-person enumerator visits — up to six times.

Although failing to respond can technically result in a fine, no one has been prosecuted since 1970.