Arcade Fire Takes Over the World (Internet) With Reflektor Today Arcade Fire released their fourth album, Reflektor, and the internet went wild. Well, to be honest, I went wild. I bought the album without listening to the whole thing first which I basically haven't done in three years (at this point I have listened to "Afterlife" on YouTube over 50 times so I felt like I owed the band some cash), and I've been listening to it on a loop ever since, trying to figure out why I love it so much.

But that's a personal journey between me and my headphones because I'm not a music critic and KQED Pop has a strict no review policy. That doesn't mean, however, that we can't organize some of the best responses to it and things related to it on the internet, for those of you who also need to feed your obsessions. So here you go: reviews, good and bad, and a full concert with a Lou Reed tribute! All Reflektor, all the time! Happy listening! 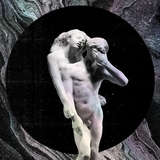 Arcade FireArcade Fire's lush, imaginative 85-minute fourth album is a triumph, but not a victory lap; the band never sounds content enough for that. Instead, Reflektor is an anxious, occasionally downright paranoid album that asks big, barbed questions aimed not just at the man who may or may not be upstairs, but the more terrestrial gods of rock history, too. 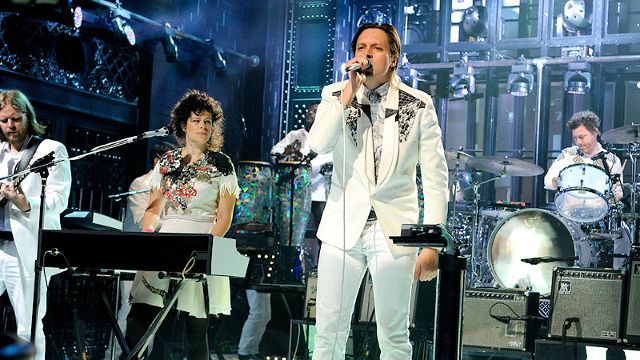 Fire in the DiscoTrying (and failing) to love Arcade Fire's endless, awkward new album By Steven Hyden on Why do so many arena-conquering rock artists wind up trying to prove to the world that they can also dance?

'Reflektor' Makes Arcade Fire the Biggest Band in the WorldWhat does it mean, in this atomized age of ours, to be the biggest rock band in the world? What does it mean to aspire to that? Our current millennium has been great, so far, for music. It is easier to make, easier to distribute, easier to find, and easier to fall in love with than ever before.

Arcade Fire's 'Reflektor': Still devoid of wit, subtlety and danger, now with bongosLook, I'm sure they're very nice people, but on their fourth album, "Reflektor," Arcade Fire still sound like gigantic dorks with boring sex lives. After winning a Grammy for album of the year in 2011, they're still the biggest rock band on the block, still making music mysteriously devoid of wit, subtlety and danger.

Arcade Fire- 'Reflektor'With the help of LCD's James Murphy and others, the Montreal band have abandoned rock'n'roll and made a dance record More recommended albums 8 / 10 Arcade Fire have always been obsessed with light. The first song Régine Chassagne and Win Butler ever wrote together, back in 2002 before they were married, was called 'Headlights Look Like Diamonds'.