On the morning of December 14, 2012, I was getting ready to head off to my job as a kindergarten art aide when I first heard the news of the Sandy Hook tragedy. I cried all the way to school, as I listened to the reports roll in about the teachers sacrificing themselves, the scared young students, and the commentary on living in a world where even innocent children are targets.

Since the principal asked us not to discuss the news, I kept wondering how I would manage to keep it together in the midst of this horrible day. Just outside the classroom, I took a deep breath, wiped my mascara off my cheeks, and remembered the "Just keep swimming" scene from Finding Nemo:

And, you know what? It worked. My students made lovely glitter snowflakes that day.

Sadly, Sandy Hook isn’t the last time it's been necessary to overcome a tragedy. When faced with news of last week's Orlando shooting, at first I was at a loss, but then I remembered my Finding Nemo moment. And I realized that there were far more pop culture touchstones that have given me hope in times of tragedy. Here are a few ways I renew my faith in humanity during hard times: Christy by Catherine Marshall, on the other hand, is a sentimental favorite I’ve read so many times I’ve practically memorized it. The semi-true story of a young, naïve society girl who teaches and falls in love with a remote Appalachian community is sure to inspire the most cynical among us about the power of caring and dedication to others. Cloud Atlas by David Mitchell is not just a favorite of mine but also my undergraduate university’s president. He often quoted some of the final lines from the book: “My life amounts to no more than one drop in a limitless ocean. Yet what is any ocean, but a multitude of drops?” This collection of six nested stories really drives home the point that every single life matters. 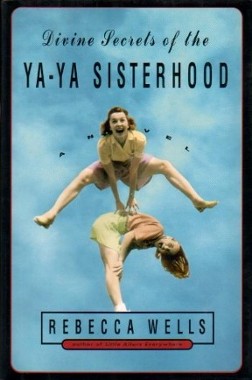 The Divine Secrets of the Ya-Ya Sisterhood by Rebecca Wells was the first “adult” book I read as a child. And the story of four lifelong friends -- the ya-yas -- who support their member's daughter as she discovers how to love and forgive, is one that has resonated with me and millions of other readers.

Sure, you’re thinking to yourself, all I need is a good Shel Silverstein or Dr. Seuss poem. But, thanks to my MFA program, I’d actually suggest reading more widely.

“Horses at Midnight Without a Moon” by Jack Gilbert is a recent find. There’s just something about that final sentence that fills me with unwavering optimism – “Our spirit persists like a man struggling / through the frozen valley / who suddenly smells flowers / and realizes the snow is melting / out of sight on top of the mountain, / knows that spring has begun.”

Nora Ephron's “What I Won't Miss” and the accompanying piece “What I Will Miss” are powerful but simple list essays likely written after her diagnosis of leukemia.

Mr. Smith Goes to Washington – Say what you will about the preachy nature of Frank Capra films, but with a nod to last week's filibuster, isn’t it inspiring to see a Congressman standing up for what’s right?

Legally Blonde – No one should ever underestimate Elle Woods. She’s a good role model for how to recover from personal tragedy with poise…and a whole lot of pink.

My best friend is a Gone with the Wind fan, so I often recall Scarlett O’Hara returning to Tara and vowing to get Rhett back and start her life anew. "After all, tomorrow is another day.” Gets me every time!

The LEGO Movie -- As the song goes, “Everything is awesome when you’re part of a team.” It's heartening to remember we're all in this together.

Northern Exposure’s “Cicely” tells the story of the quirky town’s founding. The episode won so many awards, partly because of this emphasis: “One person can have a profound effect on another. And two people...well, two people can work miracles. They can change a whole town. They can change the world.”

M*A*S*H’s “Goodbye, Farewell, and Amen” was the final episode and represented the end of the Korean War. While it was a sad farewell, there was also so much love and friendship shared between the characters in what were some of the worst of times. The feelings were best summed up by Colonel Potter: “Well, I can't call what we went through fun. But I'm sure glad we went through it together.”

In Ed's “Youth Bandits”, where the main characters reunite to celebrate the life of an old high school friend, the song they sing sums up the theme of this show -- sometimes, returning home reminds us to keep exploring for what we truly want out of our one life.

To find an inspiring song, all you need to do is attend the nearest graduation. Apart from the empowering songs du jour you'll find there, the one song I keep in my playlists to make me feel better is Ben Harper’s (with the Blind Boys of Alabama) “There Will Be A Light.”

Musicals are also great resources for songs that can lift even the heaviest of hearts. Here are three favorites:

If you can’t fulfill the tall order of “Forgiveness” from Jane Eyre,

...there’s always the more realistic vision of the world from Spamalot’s “Always Look on the Bright Side of Life”...

...or the inspirational crowd-stopper, “Climb Ev’ry Mountain” from The Sound of Music.

What bits of pop culture help you during hard times? Share in the comments!