The Associated Press
Aug 4
Save Article San Francisco officials said Thursday they have filed a lawsuit against the federal government over its decision to cut funding to a nursing home run by the city and the tight deadline it set to move all patients out of the facility that state and federal officials deemed was providing “substandard care.”

San Francisco City Attorney David Chiu said the order by the federal government to transfer or discharge all patients out of Laguna Honda Hospital by Sept. 13 has denied the city due process and put patients at risk. He said at least nine patients have died days or weeks after being transferred or discharged and that at least three ended up in homeless shelters.

“We’re asking the federal government to exert compassion and common sense,” Chiu said during a Thursday press conference. “Between the huge shortage of skilled nursing facility beds, we see potentially very negative consequences” if the facility closes. “Individuals will become homeless. These people have nowhere to go.”

Chiu said filing the lawsuit is "the last thing any of us wanted to do."

"But after months of our attempts at engagement, the federal government has left us with no choice but legal action," he said. "Our profound hope is that CMS will come to the table, will work with us on a plan that protects the remaining 610 patients, preserving an institution that has been the last safety net for so many for our patients."

Mayor London Breed called the lawsuit "a matter of life or death."

"Now, look at where we are, forced to move patients, to move patients to homeless shelters outside of the county where their families can't visit," Breed said. "We know that this creates trauma." 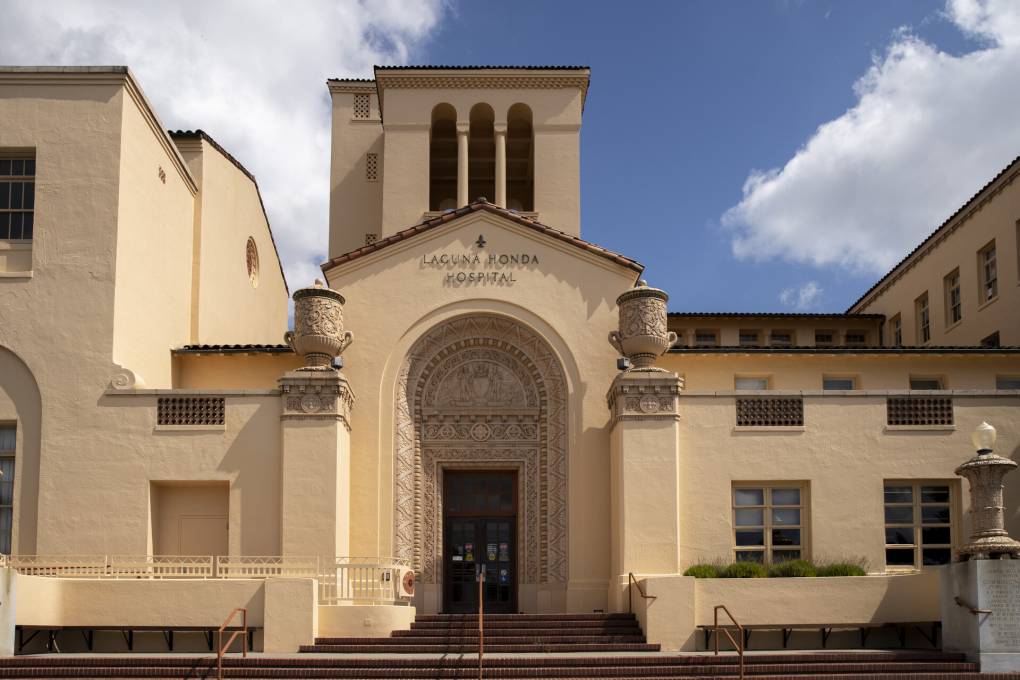 Last week, federal regulators agreed to pause the transfers after several patients died within days or weeks of being moved from the hospital and rehabilitation center but the deadline to shut down the hospital remains.

Speaking at the press conference, Renne urged CMS to "come to your senses."

"How much longer are we going to keep this up before more deaths occur?" Renne said.

CMS terminated its payments to Laguna Honda in April after two patients had nonfatal overdoses at the facility in 2021, and inspectors with the California Department of Public Health declared it to be “in a state of substandard care.”

The federal agency, which pays for care for the majority of the nursing home’s 700 patients, also ordered the facility to start discharging or transferring its patients ahead of a mid-September mandated closure.

Founded in 1866, the sprawling facility serves people who need long-term care but who can’t afford private nursing homes. Many of the patients have dementia, drug addiction and other complex medical needs.

City officials say patients and their families are the ones suffering the most because of the forced closure. Debra Bauer spoke Thursday about how the facility has helped her son, who has a traumatic brain injury, and has been a resident at the hospital for about 20 years.