A worker stands next to a sign outside of Kingsbury Hall ahead of the Vice Presidential debate at the University of Utah on October 06, 2020 in Salt Lake City, Utah. (Justin Sullivan/Getty Images)

Debates between the Democratic and Republican candidates for vice president are typically the undercard of presidential campaigns, a relatively unimportant contest squeezed in between the main events.

"This may be the most consequential vice presidential debate in American political history," said Dan Schur, who teaches political science at USC and UC Berkeley. He acknowledges there’s not much competition for that title, since no VP debate in history has ever really resulted in more than memorable soundbites.

"The stakes are much higher now because, without sounding ghoulish, more and more Americans are going to be wondering whether either Donald Trump or Joe Biden would be able to serve for four full years."

"Debate preparation, if it's done well, is usually less about content and more about presentation," Schnur said. “If the candidates themselves do their job right, they're going to be familiar with the substance of the types of policy matters that they're going to get asked about in the debate."

For Kamala Harris, the stakes are huge. A strong performance will help cement Joe Biden’s current advantage in the polls. If she slips up or looks shaky, it creates an opening for Trump to make her the issue.

Barbara O’Connor, an emeritus professor of communications at Cal State Sacramento, said Harris "has got to make herself believable and honest, answer questions and play by the rules in order to attract the suburban women that people say [have] still not made up their minds."

O’Connor, who was a debate coach at USC, Georgetown and Cal State Sacramento, added that Harris has to debate in a way that doesn’t turn off undecided voters and suburban women. "I think coming off as an attack dog and being vicious, which she can be," would be a mistake, O’Connor said. "We've all seen it. That would scare them."

Some of Harris’s most powerful moments have been as a member of the Senate Judiciary Committee, questioning Trump administration officials and Supreme Court nominees like Brett Kavanaugh. But Schnur said that prosecutorial style might not serve Harris well Wednesday night.

“As Barack Obama once noted, he always felt that he needed to be more restrained and less aggressive on the public stage, simply so he didn't, in his words, not mine, come across as an ‘angry Black man.’ And for Harris, both as a woman and a woman of color, that challenge may be even greater,” Schnur said. 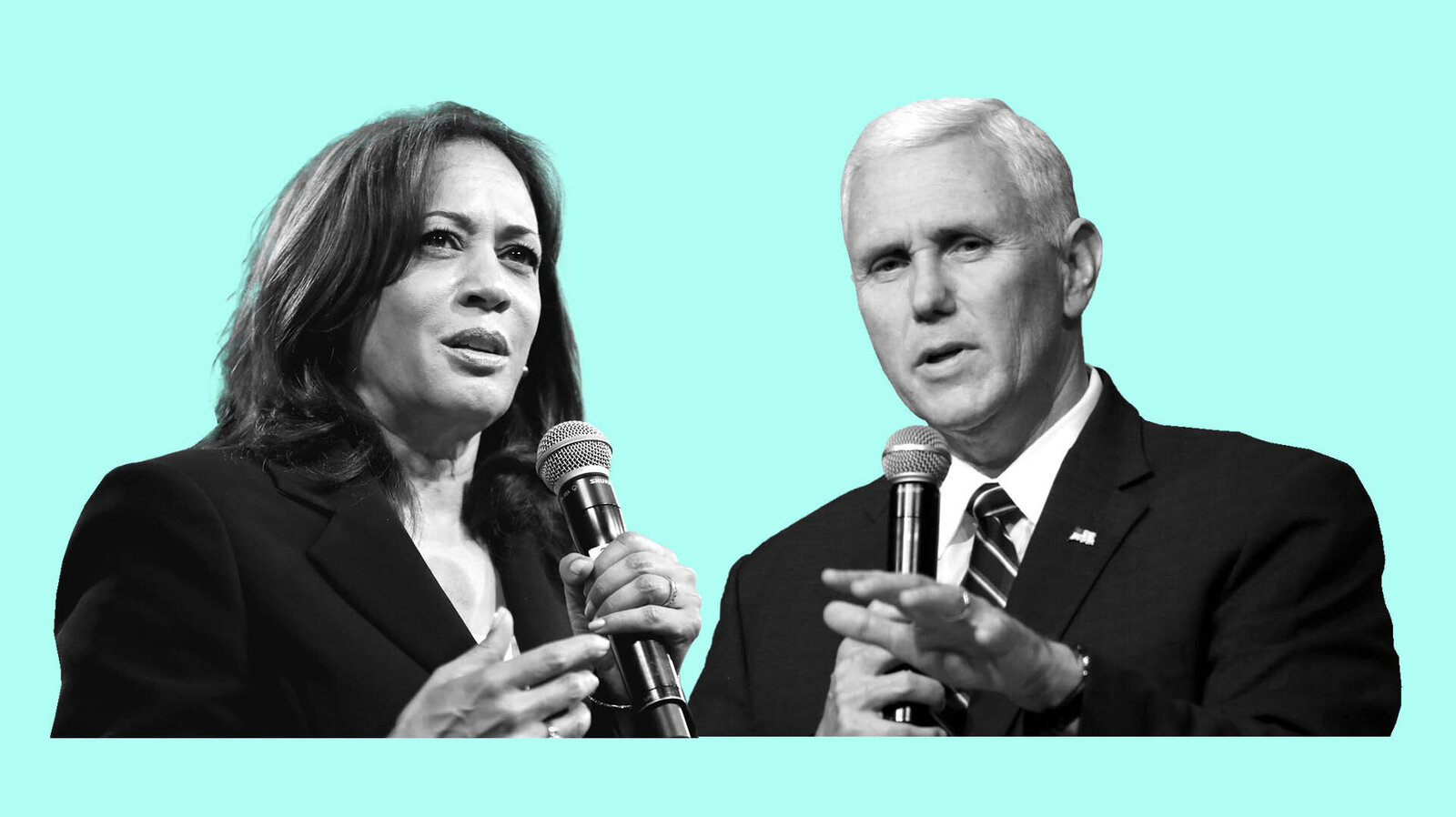 Pence And Harris Debate Wednesday. Here's What You Need To Know

Cassandra Pye, a Republican consultant who previously worked for Arnold Schwarzenegger, said “I always worry in these situations about that phenomenon known as ‘running [for office] in heels.' And now we’ll add a woman of color, you know.”

"I don’t know what it will be in this case, but women do face the additional scrutiny that male candidates don't typically face," Pye said, adding that "if I never hear about Hillary Clinton's pantsuits again, I'd be perfectly happy."

Raphe Sonenshein of the Pat Brown Institute for Public Affairs at Cal State Los Angeles was on a panel of questioners for a U.S. Senate debate in 2016 with Harris and her general election opponent, Rep. Loretta Sanchez.

"I was only a few feet away and she was very much in command of her spot on the stage, let's put it that way," Sonenshein said.

Harris’s debate performance before the presidential primaries was often uneven, with moments that went viral but also answers that seemed wooden or unnatural. It left voters wondering who she really was.

Sonenshein said he hopes Harris communicates the kind of authenticity she showed on the campaign trail.

"She really generates a great deal of charisma and warmth and engagement. And some of that should be part of her presentation,” Sonenshein said.

Harris will be up against a steady and calm debater in Vice President Pence. As a former member of Congress and governor of Indiana, he’s used to debating and unlike President Trump, Pence will follow the rules and be polite.

"I think the problem is that he has to defend the president at all times, no matter what," said Sonenshein.

The largest audience ever for a vice presidential debate was in 2008, when 70 million people watched Joe Biden debate Sarah Palin, who was relatively unknown and a curiosity to many voters.

Wednesday night’s event in Salt Lake City, Utah will surely be the largest audience Kamala Harris has ever had. Barbara O’Connor said Harris will be the main draw for voters who want to get a better sense of the person who could be eventually be president.

"Everyone's wondering, you know, and I think people who are legitimately undecided will be watching with great interest,” O’Connor said.

With the two campaigns already in a disagreement over the placement of plexiglass dividers at the debate came word Tuesday afternoon that Stephen Miller, one of President Trump's top advisers and husband of Pence's communications director, tested positive for COVID-19. That could further complicate a debate that already has a high level of drama.