Mxmtoon is a 19-year-old singer-songwriter from Oakland who built her career on social media from her parent’s house. (Courtesy of Clarence Ting)

Maia, aka mxmtoon, is a 19-year-old singer-songwriter from Oakland. Her angsty lyrics have become an anthem for the socially distant. She’s in a better position than a lot of artists struggling to figure out how to produce and share their music now that everyone is sheltering in place. She’s built her career on social media from her parents' house and has already amassed millions of followers. Her new EP dropped on April 22. Her uncle, video and radio journalist Clarence Ting, has witnessed her transformation into a social media star. He brings us this reflection.

Timing, as the old saying goes, is everything. For mxmtoon, who also goes by her first name Maia, that turned out to be especially true with the release of her latest hit single. It’s called “Quiet Motions” and it dropped in March, just as COVID-19 was declared a global pandemic.

“ 'Quiet Motions' was a song I wrote back in January about how nice it was to be by myself, because as an introvert, I definitely stand by that statement,” Maia told me. “But the irony was that we released it two weeks before social distancing really kind of struck in the United States.” She said her whole team was laughing the day that it came out because it was so "unfortunately relevant," and then she said, "It kinda turned into a quarantine anthem."

Maia is my niece and I’ve known her since she was born. She’s my sister's first kid, but little could I have known when I first filmed Maia, then 7 years old — for a home cooking video I made and uploaded to YouTube about a dozen years ago — that she would grow into the musical artist with millions of listeners on Spotify and over 1.6 million followers on TikTok alone.

Just a few years ago, Maia was, by her own reckoning, an average high schooler, writing songs and making random videos in the obscurity of her own bedroom at her parents’ home in Oakland. She posted these regularly to YouTube and SoundCloud. By that point, she was already exploring the creative possibilities of the internet. It was a secret life of which her parents had no idea.

“Social media felt like this rebellious edge that I had for myself where it wasn't like partying or drinking or doing drugs or something, but instead I was just creating content for myself and for other people,” Maia said. “So I just did it all the time."

'No matter how difficult a time may be, the sun still rises and it sets in the evening and you'll still experience those motions every single day.'mxmtoon

A self-described “emo” teen, she had been writing songs since middle school when her seventh grade music teacher first introduced her to the ukulele and the rudiments of songwriting. “I started writing music when I was 13 because of an assignment that my music teacher gave me and I kind of enjoyed it,” Maia said. “It was mostly just like throwing together words from rhyme zone that fit with each other and that was what I made.”

For Maia, writing songs was a way of giving voice to the anxiety that she’d felt since she was a young child. “I think songs always were helpful for me to write down what I was feeling because it's already a structured format,” she said. “There's a verse, there's a chorus, the chorus is the main thought that has been stuck in my head for ages. And so songwriting felt very useful to declutter the way that everything was floating around in my head.”

The first song she published was a jokey track she wrote as a junior in high school titled “1-800-Dateme.” The song garnered 200 likes the morning after she posted — not much by today’s metrics, but for 16-year-old Maia, it was a big deal.

It was a much more confessional song she wrote the summer before her senior year called “Feelings Are Fatal” that really resonated with listeners. “It was just like a little bit more emotionally vulnerable and talking about my anxiety amongst the relationships that I might have or my depression or relationship to my life," Maia said. She said she made it in about 20 minutes. The song now has more than 40 million plays on Spotify.

Maia said her initial courage came from thinking no one was going to see the songs or videos. "But I think eventually it turned into the mindset of, 'OK, if what I'm saying and what I'm singing about helps one person feel like their experience is being voiced, that's enough reason for me to post it in the first place,' " she said.

Throughout her senior year in high school, Maia continued to write and post songs, as well as various thoughts and drawings on Twitter, Instagram and YouTube. She’d talk about an architect she admired, or do a dance celebrating her love of yogurt. But it was her self-deprecating and confessional songs — and their growing number of listeners — that began to attract attention from the media. HYPEBEAST, an online magazine that chronicles the latest in fashion, art, music and sneakers, featured Maia as a rising star in the “bedroom pop” department. At this point, Maia broke the news to her parents. 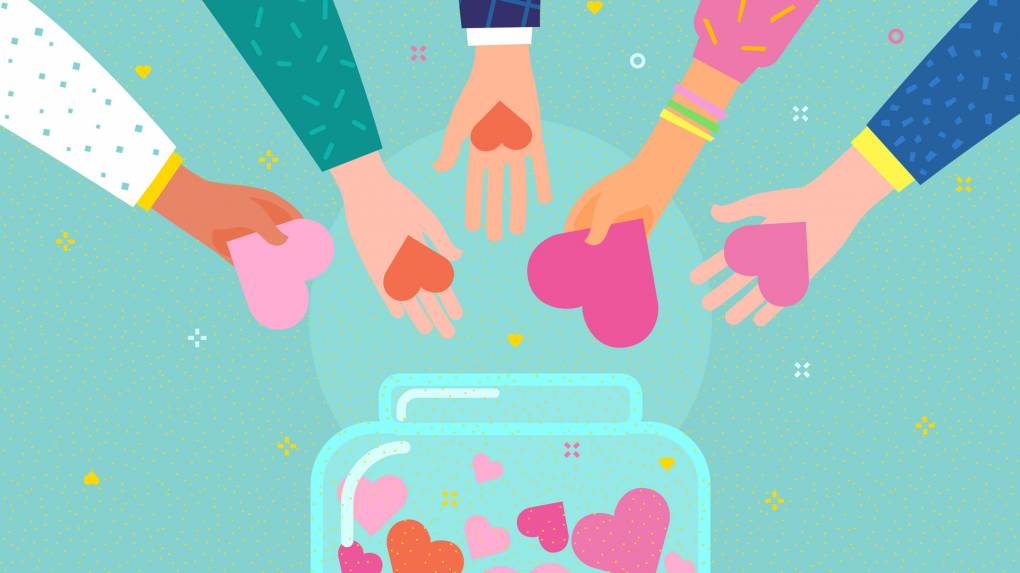 How to Help Creatives and Freelancers

“Eventually it got to a point where I was like, 'OK, this is way too big and I can't hide it anymore from them.' And so when that article from HYPEBEAST came out that morning, I stepped into the kitchen. I was like, ‘Mom, dad, I have to tell you something,’ ” Maia said. “ 'I post music online and this really big editorial company found it and wanted to write about it.' " She told them she wanted them to know about it, before they found out on Twitter.

"They got really quiet," Maia said. They asked her to show them the article, so she pulled it up. "They read it and I was like, 'I got to go ... I'm just going to go hide in my room.' You can look at things, but I don't want to be in front of you while you're looking," she said. They did a deep dive into mxmtoon.

Though at first reluctant, Maia’s parents agreed to let her take a gap year from college to devote herself full time to music. They converted the guest bedroom into a recording studio, and six months after graduating from high school she self-released her debut EP.

Last summer, Maia left her parents' house, booked a studio in Brooklyn and brought on another young singer-songwriter named Cavetown to help record and produce her first full-length album, “The Masquerade.” The first single, “Prom Dress,” is a song based on a "freakout" moment Maia experienced trying on her prom dress after scarfing down a cheeseburger from In-N-Out Burger.

The song ended up being a popular track for TikTok videos and inspired its own memes on TikTok. Since downloading the app about a year and a half ago, Maia has amassed a following of over 1.6 million with a steady stream of goofy dances and signature TikTok-style videos.

Other songs on the album, like “Seasonal Depression” and “Unspoken Words,” with their themes of loneliness and breakdowns in communication, are a lot of the reason why Maia’s songs often come up on Spotify mixes labeled #sadvibe. “I'm good at talking about ... the unsure aspects of human existence. You know, I'm 19. I'm just really existential and emo," Maia said.

As Maia’s career has grown, her music has taken on more optimistic themes. “One song I wrote in one of the sessions I was in was called ‘Fever Dream,' ” Maia said. “I was just talking about my experience going into the music industry and how it can be really terrifying, but at the same time wanting to chase whatever that could be at the end of the day and going for it."

Maia’s latest single “Lessons,” about letting go of doubt and moving forward in life, for her EP “Dawn” has a central theme of renewal and rebirth. The release is another feat of impressive timing during this unsettling period of COVID-19.

“No matter how difficult a time may be, the sun still rises and it sets in the evening and you'll still experience those motions every single day,” Maia said of the intention behind the song.

She hopes it will serve as a positive reminder that despite uncertainty, there are still constants in life.