Chances are if a restaurant has pork belly on their menu, I'll show up on their doorstep faster than you can say, "I'll take a second helping, please." When Hawker Fare, the new casual Asian street food-inspired restaurant from James Syhabout (Commis) added dinner hours late last week, I organized a food posse to check it out.

Hawker Fare is the latest addition to the Uptown dining district in Oakland, with Picán, Trueburger, and Luka's Taproom & Lounge nearby. Located within an airy space decorated with Oakland-themed art (and former home of Manyda Thai Cuisine‎), Hawker Fare offers a simple menu of starters, rice bowls and desserts made with local, organic, and sustainable ingredients when possible. It's all affordably priced as well, with everything listed for less than $10.

I began with the green papaya salad, a classic Southeast Asian appetizer from their list of starters, or "snack aisle." It had a spicy kick with more emphasis on the fish sauce essence, which slightly overwhelmed the citrusy hints of lime. Still, it was a crunchy delight that paired well with the superb beef "larb," or grilled beef salad with red onions, mint, cilantro and toasted rice powder. Several friends ordered the chopped salad, with lettuce tossed with pickles, fried shallots and lotus root. It had a gentle sour tang from a light vinegar dressing that nicely complemented the mix of crisp and fried vegetables.

Then the main attraction arrived: the rice bowls. It was no surprise to my friends that I ordered the 24hr pork belly bowl, which came with three glistening slabs of tender belly piled on top of jasmine rice, sauteed greens and an optional luscious fried farm egg. I was hoping to substitute the jasmine rice for their "Kao Mun" rice that had been cooked with chicken fat and broth since I was already throwing caloric caution to the wind, but alas, I wasn't able to swap it out. (Next time I'll do myself a favor and order it as an additional side dish.) The pork belly bowl was accompanied with a homemade five-spice, sweet soy and preserved vegetable mustard sauce that elevated this dish to heavenly status. When my spoon scraped the bottom of the bowl, I lamented the fact that more pork belly didn't magically reappear before me -- but that just means I'll have to return for more pork deliciousness. Our vegetarian comrades chose the "Vadouvan" tofu bowl that was made with homemade tofu and "braised in coconut milk with taro, bamboo shoots, and aromatic herbs" and pronounced it delicious.

Dessert centers around Straus Family Creamery condensed milk soft serve ice cream, which is served in three ways: on a cone, in a sundae or "affogato"-style (paired with a shot of Thai coffee). It seems that Hawker Fare doesn't have their liquor license yet, but their website promises that beer, wine and malt liquor -- "Yes, malt liquor" in case you felt you read that incorrectly -- will be offered in the near future. 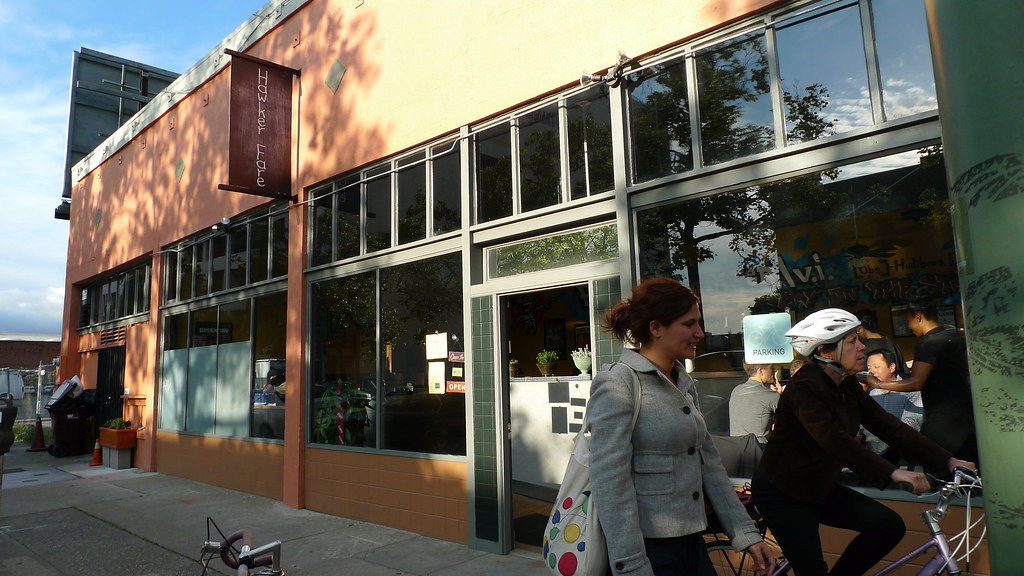