A message from one of the generous sponsors of Jacques Pépin Heart & Soul:

RIEDEL Crystal is a 300 year-old family owned company known for its creation and development of varietal-specific stemware. RIEDEL Crystal is the first in history to recognize that the taste of a beverage is affected by the shape of the vessel from which it is consumed, and has been recognized for its revolutionary designs complementing alcoholic beverages and other drinks.

In 2013 the company began a new era of innovation, applying its knowledge of form and function to non-alcoholic beverages. Accepting the invitation of the Coca-Cola Company, and with the support of its Atlanta based flavor experts, RIEDEL applied its taste-tested blueprint to create a finely-tuned, specific shape to enhance the enjoyment of the world’s most iconic beverage, classic Coca-Cola. In the same year, RIEDEL was exposed to hot beverages by Nespresso in Lausanne, Switzerland. Together, with the universal knowledge of their top coffee authorities, we developed two machine-blown shapes for Nespresso, which amplify the distinct flavors of the coffee leader’s popular espresso blends.

Since its founding in 1756 and its pioneering of varietal-specific stemware beginning in 1958, RIEDEL has become the brand of choice for wine connoisseurs, hospitality professionals, and consumers worldwide. RIEDEL glassware is distributed worldwide and can be readily found at retailers and fine dining destinations. 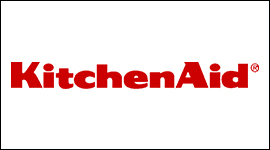